VARIOUS; For This I Thank You (Fantastic Voyage) 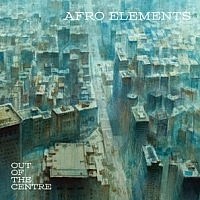 Collectors are once again the winners with this fabulous, 3 CD, 89 tracker that looks at the early days of Motown. Reissue label, Fantastic Voyage, specialises in out of copyright music and here they’ve turned the spotlight on Motown’s formative years (1958- 1962) when the young but ambitious Berry Gordy was trying hard to build a label. Across the collection you’ll hear music from many later-to-be big names… The Temptations, Marvin Gaye, The Miracles, Mary Wells, The Supremes, Jimmy Ruffin and a precocious “Little” Stevie Wonder amongst them ; but just as interesting there’s lot here from artists who were destined to remain unknown to all but die hard Motown collectors … people like Little Otis, Gino Parks, Henry Lumpkin, The Downbeats, Eugene Remus and Nick and the Jaguars.

Equally intriguing is the fact that during this early period there was no defining “Motown Sound”. In an attempt to score hits, Gordy recorded across all kinds of genres…. even instrumental surf rock from (‘Ich-I-Bon’ from the aforementioned Nick and the Jaguars). The album’s strap line”R&B, Popcorn and Rock N Roll” acknowledges this diversity.

There’s just so much here to interest collectors. For instance there are songs from Popcorn Wylie and Eddie Holland – both harbouring performing ambitions long before they moved into production; there are instrumentals from the mighty Motown Funk Brothers house band using various aliases like The Twistin’ Kings and the Swinging Tigers; and , of course, you can hear the classic Motown sound developing on recordings like Mary Wells’ version of ‘Operator’ and the Miracles’ gorgeous ‘I’ll Try Something new’ – which, though rooted in doo-wop , pointed to the future.

The set also includes plenty of early hits (‘Fingertips’, ‘Money’, ‘Hitch Hike’, ‘Shop Around’ and more) and loads and loads that should’ve been… Motown magic all the way!