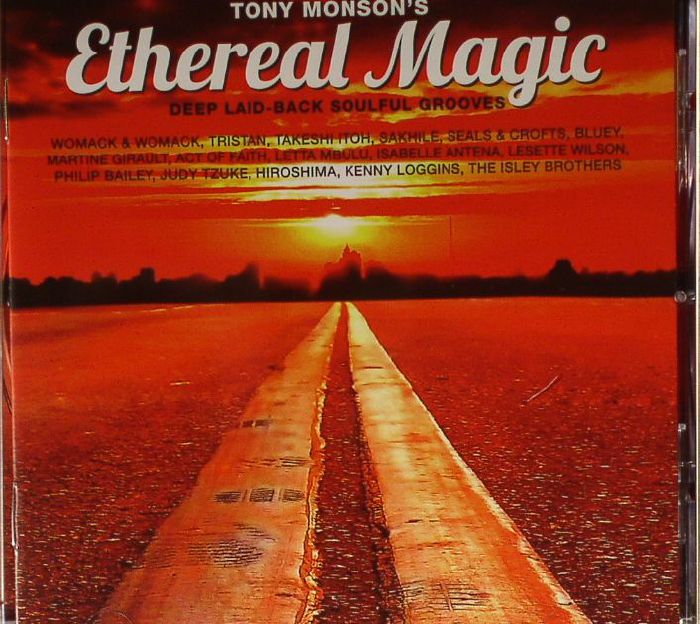 Tony Monson is an elder statesman of the UK soul scene. Writer, DJ and broadcaster (one of the founding fathers of Solar Radio), he’ll be the first to admit that he’s been round the soul block more times than most, so when he’s responsible for compiling an album you can bet it’s going to be worth investigating. However, Monson being Monson, expect the unexpected; ‘Ethereal Magic’, you see, isn’t, your standard soul compilation… indeed some of the included artists (Kenny Loggins, Judy Tzuke anybody?) wouldn’t class themselves as soul singers at all. No, this 16 tracker is a tad different. Monson explains: “In the 70s and 80s I found myself reviewing albums for Echoes that certainly didn’t fit into the “modern soul” genre. But with understated backing, complex arrangements and poignant vocals they seemed to sound better and better the more I heard them” When he got to be a broadcaster, Tony began to play these lost gems in a slot he called ‘Ethereal Magic Sessions’ and he received loads and loads of positive feedback about the dreamy, meditative, soothing and, yes, ethereal effect of the music and now this album allows us all to sample some of that “Ethereal Magic”.

The mix of music is certainly eclectic; we’ve already mentioned Judy Tzuke and Kenny Loggins. Their tunes are ‘Two Mountains’ (Tzuke) and ‘Love Will Follow’ (Loggins) and they sit cheek by jowl with cuts from Womack and Womack (‘Passion and Pain’) and The Isley Brothers (‘Voyage To Atlantis’) and because they all set the same dreamlike tone and mood the join is seamless. Other tracks helping to create the “magic” include Martine Girault’s timeless ‘Revival’, Seals and Crofts’ countrified ‘The Euphrates’ and Tristan’s recent ‘Lost Outtake’. My favourite (probably because of my proud Scouse roots) is Phillip Bailey’s wonderful cover of the Real Thing’s ‘Children Of The Ghetto’. What a great song and sentiment, proving that the “Four From 8” were much, much more than pop/soul hit makers. It makes a great ending to a great compilation.