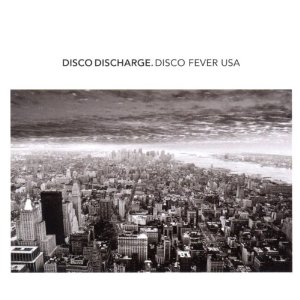 ‘Disco Fever USA’ is one of four new double albums just released by Harmless to celebrate that very special music which dominated the clubs and the charts through the 70s and 80s. On this 22 tracker complier Mr Pinks focuses on the cuts that helped define the genre in the States. He fine tunes his selection, though, by homing in on records that were big in the gay clubs – particularly those of New York and Los Angeles. So you can expect (and get) big production numbers from gay icons like Fern Kinney, Claudia Barry, Cissy Houston, Gloria Gaynor and Linda Clifford. The Clifford selection shows just where our compiler is coming from. Ms. Clifford cut some stunning soul dancers but here we’re treated to her “pinkest” number – ‘If My Friends Could See Me Now’.

That tracks is one the collection’s better known numbers. Like the three other albums in this series, this one is peppered with some great unknowns like Chuck Cissel’s ‘Cisselin’ Hot’. Cissel was a surprise star of the Broadway show ‘Chorus Line’ and on the back of that he scored a record deal with Arista and this glitter ball epic was one of the results. By the way, try and dig out his version of the Dells/Dramatics’ ‘Love Is Missing In Our Lives’. It reveals a totally different side to Chuck Cissel.

Other interesting tunes here include the extended instrumental version of EWF’s ‘Boogie Wonderland’. It’s a perfect antidote to the cheese of Johnny Mathis’ version of ‘Begin The Beguine’ and the crassness of Area Code 212’s ‘Duke’s Train’… but then that was the appeal of disco. There was just about something for everyone. For a list of other titles in the DISCO DISCHARGE series, go to our news pages.