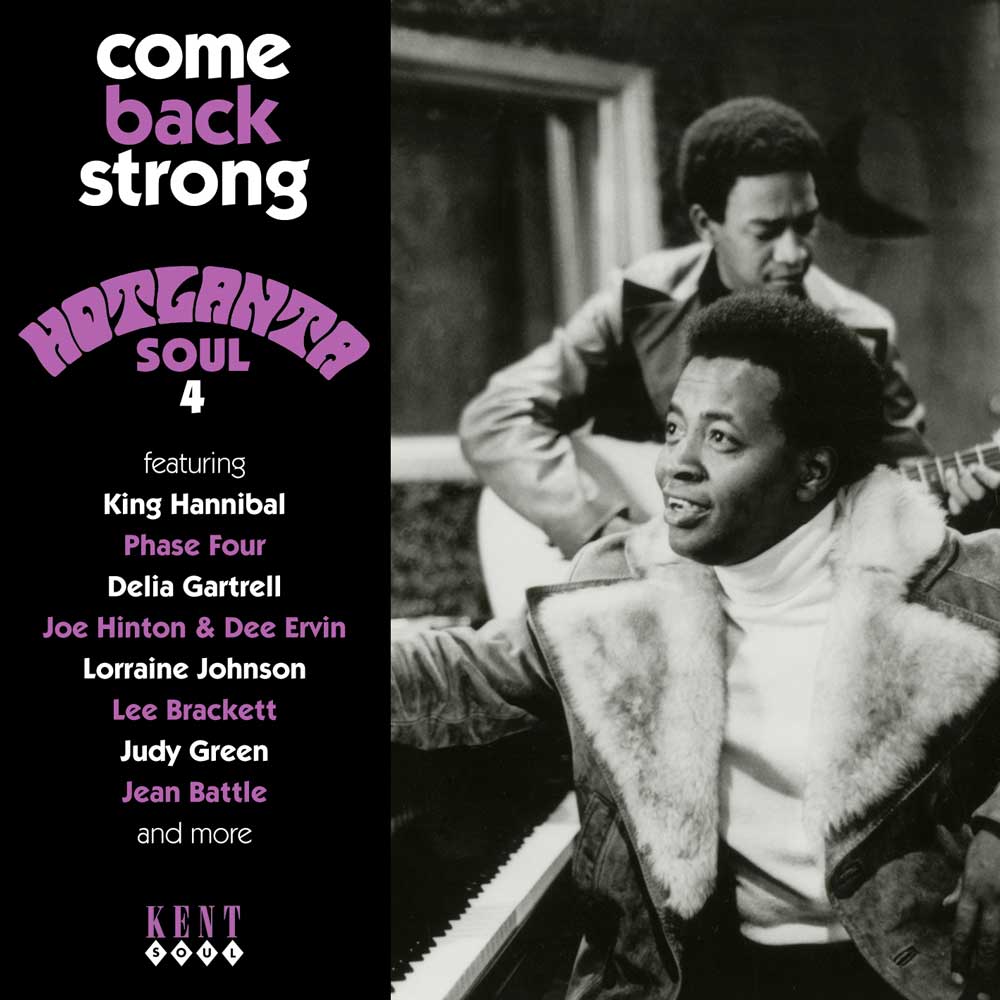 UK reissue specialist Ace/Kent has access to the Thevis music archive (now owned by Ginn Music) and ‘Come Back Strong’ is their fourth compilation of material from that source. The 23 tracker boasts no major, mainstream stars though soul collectors know and love artists like Dorothy Norwood, Jimmy Lewis, King Hannibal, Jean Battle, Floyd Smith, Loleatta Holloway, Bill Brandon and the incomparable Sam Dees. The Dees’ offering is the bustling ‘What Good Is Love’. It’s a little tougher than your signature Dees’ sound, so to enjoy that sound at its best, skip straight to John Edwards’ version of his ‘We Always Come Back Strong’. It’s one of Dees’ best songs and Edwards’ performance is faultless. No wonder the Spinners had no hesitation in bringing him in to replace Philippe Wynne. The track is an album highlight, as is the opener, ‘Big Boat Ride’ from gospel luminary Dorothy Norwood. Previously unissued, the lyric uses boat imagery instead of the more normal gospel train metaphor while amongst the musicians are Motown men, Jack Ashford, Robert White and James Jamerson.

Elsewhere Jimmy Lewis’ ‘I Can’t Leave You Alone’ is a great, lazy southern “cheating” song, while Floyd Smith’s semi-spoken ‘I Want ‘Cha To Let Me Come Home’ reflects on the flip side of making love at the dark end of the street. It’s his heartfelt plea for forgiveness and like all the cuts here, it’s proper grown-up soul music.

There’s one oddity amongst the Southern heart searching though. It’s ‘Complain To The Clouds’ from Detroit group, Deep Velvet. Previously unissued, it’s an attempt to replicate the sound the Temptations circa ‘Cloud Nine’.

Most poignant outing is ‘The Party Life’ from King Hannibal. Despite the title, it’s not a party song. Rather, it’s a chilling tale of the dangers of prostitution seen from a father’s perspective. Which, I guess, is where we came in!