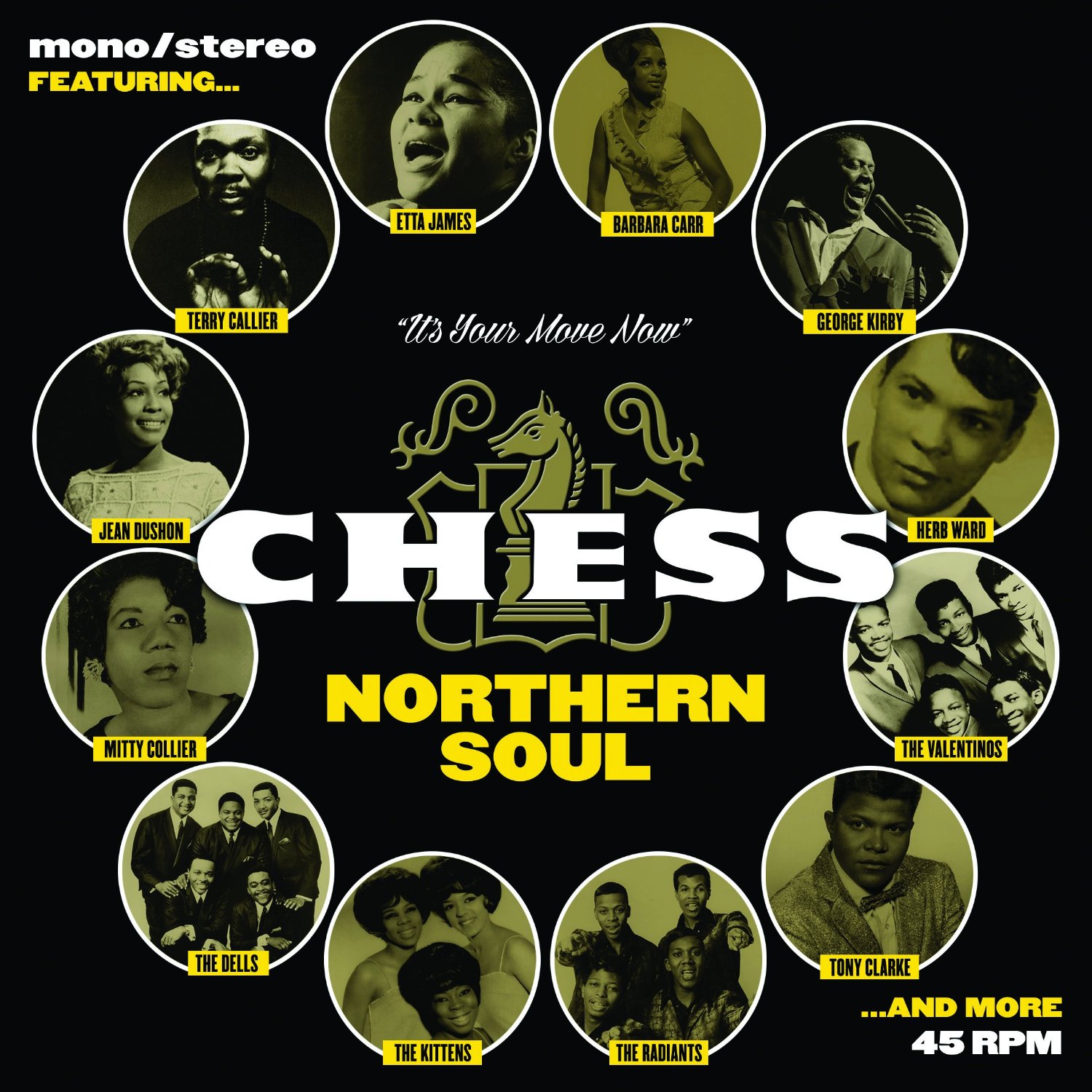 Chess, the famous Chicago record label started by Polish émigrés Leonard and Phil Chess in 1950, began its rise to fame as a profitable home of electric urban blues artists such as Muddy Waters, Howlin’ Wolf, Bo Diddley and Chuck Berry. As the ’50s became the ’60s, Chess branched out into R&B and soul  and this brilliant boxed collection of seven double-sided 45s – spanning the years 1964-1967 and expertly compiled by soul guru Ady Croasdell – features some of the label’s key rarities associated with the UK’s Northern Soul scene.

The first single pairs soul-folk troubadour Terry Callier’s urbane floater ‘Look At Me Now’ with ‘Hold On’ a brisk beater by obscure male group, The Radiants. Indeed, the blending of familiar names with esoteric ones adds to the intrigue of this collection. But that’s not its raison d’etre. In essence the compilation’s just about good tunes and addictive dance grooves and there aren’t many soul tunes as good as Tony Clarke’s brilliant ‘Landslide,’ a classic Motown-esque Northern Soul stomper with an infectious chorus. And there aren’t many soul groups that could match the mighty Dells, whose ‘Thinking About You’ is a passionate slow-burner that demonstrates that Northern Soul isn’t always about high-octane, turbo-charged ballroom blitzers. Another group with a good pedigree were The Valentinos (aka the Womack brothers), whose 1966 side, ‘Sweeter Than The Day Before,’ rattles along at a 100 mph. Besides the big names there are some male singers from off the beaten track – like Doug Banks (who sings an oddball Drifters’ style curio called ‘I Just Kept On Dancing’), Herb Ward (the marvellous ‘Strange Change’) and George Kirby (the jazzy ‘What Can I Do’).

It’s not all about the men, though, and to balance things out, there are some strong distaff performances: the magisterial Etta James on ‘Can’t Shake It’; the lovely husky-voiced Mitty Collier with the valedictory lament, ‘My Party’; and then more obscure sides from Barbara Carr (‘My Mama Told Me’), Jean Dushton (a groovy take on the Nina Simone-associated standard ‘Feeling Good’), The Kittens (‘Ain’t No More Room’), and the impossibly recondite Joy Lovejoy, a forgotten mystery woman whose ‘In Orbit’ is an insanely catchy ditty.

The box set includes detailed liner notes and a download card. It’s undoubtedly a collection that instils a euphoric, feel-good factor and reaffirms the sensation of joie d’vivre that can be transmitted by soul music at its finest. It’s ideal primer for Northern Soul newbies who can’t afford or be bothered to track down the pricey original vinyl but will also a smile on the faces of seasoned collectors –  and if, perchance, you’re a DJ looking to preserve your Chess originals from further wear and tear, these pristine pressings make great replacements. Win-win, then. Look out for a companion set, ‘The Capitol Northern Soul 7s Box Set.’