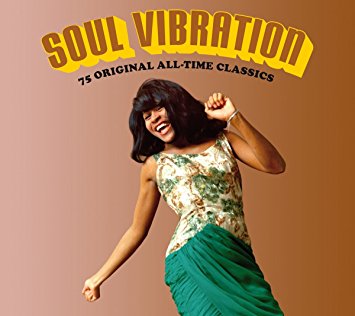 When Ray Charles released ‘I Got A Woman’ in late 1954, which was based on a gospel song but had sexualised lyrics, it sent seismic shockwaves through African American church congregations throughout the USA, who decried it as an unholy marriage of the sacred and profane. The controversy surrounding the record only helped to propel it to the #1  position in the US R&B charts. More significantly, the record birthed what came to be known as soul music, where the demarcation line between gospel and rhythm and blues became irrevocably blurred.

The evolution of soul can be traced  on this excellent 3-CD set, which spans the years 1954-1962 and includes, appropriately enough, Charles’s seminal ‘I Got A Woman,’ which provided soul’s Big Bang moment. Another of soul’s pioneers was James Brown, whose 1956 cut with The Famous Flames, ‘Please, Please, Please,’ established him as an early R&B star. Sam Cooke renounced gospel music for a secular pop career path but the sound of the church never left his music, as ‘(What A) Wonderful World’ and ‘Twistin’ The Night Away’ reveal. The same can be said of vocal gymnast, Jackie Wilson, whose 1957 hit, ‘Reet Petite,’ put him on the map. The song was co-written by Berry Gordy, who, two years later would establish Motown Records in Detroit and go on to found a music empire that conquered the world. Early Motown hits can be found on this compilation, including Barrett Strong’s ‘Money (That’s What I Want),’ Smokey Robinson & The Miracles’ ‘Shop Around,’ Marvin Gaye’s ‘Stubborn Kind Of Fellow,’  The Marvelettes ‘Please Mr. Postman,’ and Stevie Wonder’s Fingertips,’ the Supremes’ ‘Time Changes Things,’  Mary Wells’ ‘The One Who Really Loves You,’ and The Temptations’ ‘Check Yourself.’ This was before Motown blew up big with the Holland-Dozier-Holland sound, which would come to define the label’s style a few years alter.

Down in America’s deep south, in Memphis, Stax Records was also making its presence felt in the early 1960s, with the label’s house band, Booker T & The MGs, setting fire to the R&B charts with the organ-led instrumental, ‘Green Onions.’  You also get early Stax cuts from Otis Redding (‘These Arms Of Mine,) Carla Thomas (‘Gee Whiz (Look At His Eyes)’ and William Bell (‘Don’t Miss Your Water).’ Also represented on this album are Etta James, Little Willie John, Hank Ballard & the Midnighters, The Isley Brothers, Ben E. King, Aretha Franklin, Arthur Alexander, The Crystals, The Coasters and countless more, including some lesser-known singers. They all contribute to painting a vivid, varied, and colourful picture of soul music during its formative years. For some listeners, these seventy-five songs will bring back memories of their youth, perhaps, but if you’re a newcomer to the genre, then ‘Soul Vibration’ functions as a great introduction that is guaranteed to get you hooked.