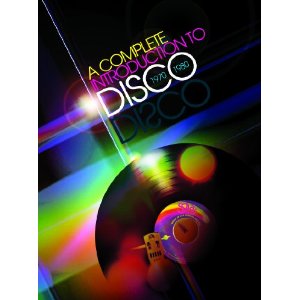 By 1980, ‘disco’ had become a dirty word in some quarters: a word synonymous in a growing number of people’s eyes with tackiness and ’70s sleaze, with decadence, bad hair, bad flares, gold medallions and a general lack of taste. With hindsight, it’s easy to see why it was being perceived so cynically – disco was ubiquitous and had infiltrated and saturated mainstream culture to the point that everyone in the music business had jumped on the bandwagon and was making disco records in a blatant attempt to cash in on its popularity (think the Bee Gees, Rod Stewart and the Rolling Stones, not too mention all the disco novelty records that proliferated at the turn of the ’70s).

What had started as an underground black music phenomenon had become very, very white. It’s no wonder, perhaps, that in a Chicago baseball ground in 1980, some bright spark decided to blow up a pile of disco records and heap opprobrium on the disco phenomenon. Though nothing more than a publicity stunt and a symbolic gesture, ‘disco demolition night’ seemed to have a profound effect on the wider public consciousness and consequently, disco’s last rites were read. But disco never really died – despite such pronouncements at the time by the rock press – and the idiom just disseminated its DNA elsewhere, morphing into other forms of dance music. Compiler Wayne Dickson offers a succinct and insightful overview of disco’s storied history in the liner notes to ‘A Complete Introduction To Disco,’ a rather splendiferous 4-CD anthology covering the musical sub-genre’s glory years.

Disc One (titled ‘Get Ready: Motown, Philly, Funk & The Roots Of Disco’) focuses on the music’s black music origins and contains seminal tracks by the likes of Barry White’s Love Unlimited Orchestra, The O’Jays, Sister Sledge, Isaac Hayes and many more. The second CD (‘Happy People: Do A Little Dance, Make A Little Love’) digs deeper into classic disco territory, featuring mirror ball evergreens like Van McCoy’s ‘Hustle,’ Gloria Gaynor’s ‘Never Can Say Goodbye,’ Diana Ross’s ‘Love Hangover’ and Candi Staton’s immortal ‘Young Hearts Run Free.’ CD 3 (‘Yowsah, Yowsah, Yowsah: Disco In Excelsis’) is packed with great cuts from Chic, Thelma Houston, Donna Summer and Bohannon, while the fourth CD (‘Take Me Home: Ready For The ’80s’) anticipates the dance music of the approaching new decade, including late-’70s/early ’80s sides by Teena Marie, Carrie Lucas and Shalamar. The track-by-track annotation in the accompanying booklet contains some pertinent quotes from some of disco’s main protagonists; ranging from mix-meisters Tom Moulton and Arthur Baker to Candi Staton, Leroy Burgess and Thelma Houston. Though track-wise there are some omissions and inclusions that the purists and anoraks might take issue with, overall the music on this splendid box set vividly brings to life the disco epoch in all its gaudy glory.