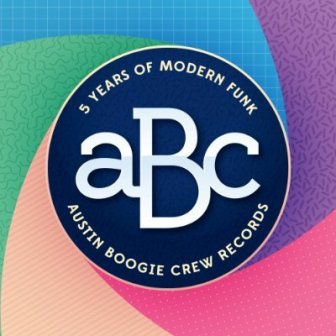 As followers of the funk will know ABC stands for Austin Bogie Crew Records. The indie was founded in Texas in 2014 and their mission statement was to showcase the best of new music that took its reference point as the synth heavy sounds of 80s soul, funk and boogie.

If you’re not familiar with ABC, or, indeed are a big fan, the label is releasing a 21 track compilation celebrating the very best of their output over the first five years. The set features plenty of modern funk heavy hitters like XL Middleton who gets three tracks – ‘Enjoyable Sunburn’, ‘Nervous’ and ‘Digital Devils’ – which perfectly capture the sound and spirit of 80s funk. Amongst the other known names is Diamond Ortiz who opens proceedings with ‘Goodies’ – his debut recording. San Francisco’s Rojai (pronounced Row Juh) offers one of the album highlights –the soul groove that is ‘So Special’ (sounds like a classic 80s weekender tune) while his ‘Soul Step; is one of this set’s more mellow moments. Trailer Limon’s ‘Dancing With Somebody’ is another laid back groove while his classic ‘Love Don’t Pay The Rent’ is another that wouldn’t have been out of place at those famed seaside weekenders… by the way soul fans will know Mr Limon via his acclaimed work with the Pendletons.

Another “famous/not famous” name on this collection is Brian Morgan. He’s the “B” in B and the Family but he’s best known for playing guitar on certain ‘Rappers Delight’! His two cuts here – ‘A Good Time’ and ‘Just Want To Love’ both have a little flavour of that classic!

And really that’s the charm of this collection… the music is totally contemporary but it will get the old nostalgia buds working overtime…. nothing wrong with that!