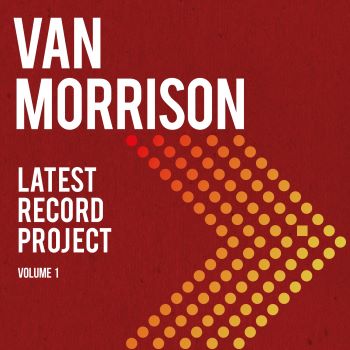 In recent years, Van Morrison has been more than prolific and, deprived of his regular tours, he’s continued to write and record all through the various lockdowns. Indeed, in the first lockdown last year he released four songs indirectly linked to the crisis. They were ‘Born To Be Free’, ‘Stand And Deliver’, ‘No More Lockdowns’ and  ‘As I Walked Out’. In old style Morrison fashion, they provoked huge controversy and criticism, sparking outcry and condemnation from health care professionals and politicians.

Thankfully, none of that quartet is included on this new album (his 42nd studio set by the way, see what I meant about “prolific”?) but the controversy and criticism refuse to go away. Most of the  national music publication and the broadsheet reviews have panned ‘Latest Record Project: Volume 1’ and it’s easy to hear why. You see, just a brief scan of the track list (‘Where Have All the Rebels Gone?’, ‘They Control the Media’ and ‘Why Are You On Facebook?’ for starters) indicate that the album is plagued by Morrison’s paranoia, conspiracy theories, long held grudges and anger about the current state of the world. All that comes together on one of the LP’s focus tracks, the seven minute ‘The Long Con’ which begins with Morrison complaining that he’s a “targeted individual” before listing his anxieties. Other songs are more specific… a few examples – ‘Why Are You On Facebook?’ (social media is designed for and  by idiots; get a life!),  ‘Where Have All the Rebels Gone?’ (contemporary  music is poorly made on computers), ‘Psychoanalysts’ Ball’ (too many doctors just don’t know what they’re talking about). We could go on but there are 28 tracks here and I don’t think we need to labour the point.

And that’s part of the problem – at 28 tracks, ‘Latest Record Project: Volume 1’ is too long. We’re told that Morrison recorded 50 songs for the project – what might the rejects have been about! Sadly, too, across the selected 28 cuts there’s no killer, moving ballad – something that Morrison has always excelled at.

Sonically ‘Latest Record Project: Volume 1’ is vintage Van Morrison. He’s in total control of his sound He’s always been a more than able leader and here he marshals a wonderful horn section, a jazzy Hammond, a tight rhythm section and soulful BVs to craft his own special, instantly identifiable sound. Rooted in the blues, it’s  garnished with soul, Celtic flavours, country, vintage R&B and jazz and his legion of fans will be delighted. They’ll love every track, dissecting  each one to try to piece where their hero is coming from and cheering on each and every stance he takes. Fans are like that. Casual listeners and the less committed might wonder why a millionaire with an awful lot going for him sounds so persecuted and, yes, curmudgeonly. As one critic (much cleverer than me) said. “It’s a terrible night for a moondance”.