UNDER THE LAKE: Your Horizon Too (Mind In Overdrive) 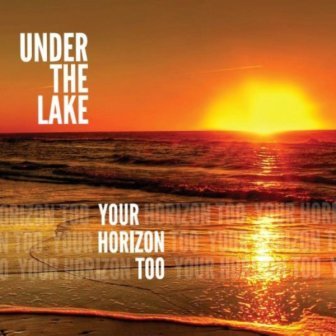 UNDER THE LAKE are a West coast based smooth jazz outfit with a somewhat sporadic career. They were formed back in 1992 in San Diego by keyboardist Jayson Tipp and they debuted the following year with ‘Dive In’. After 1995’s ‘Up For Air’ the group sort of split – with members pursuing  all kinds of other projects – professional and personal. They reformed briefly a decade later to mark Tipp’s 40th birthday but after one album, they once more went their separate ways. In 2018 Under The lake resurfaced for a third time with the LP , ‘Jazz, Groove & Attitude’. The line up was Jayson Tipp (keys), Brian Foxworth (drums), Kenny Franklin (bass), Evan Mustard (guitar)), Nat Caranto, David Evans and John Moak (horns).The sound on that album channelled the classic sound of 70s and 80s artists  like the Crusaders and George Duke. Indeed one of the focus cuts was ‘George Is His Name’ an unashamed tribute to Mr D!

For this latest Under The Lake outing, Tipp has put together a “new” line up…though not actually new. Drummer Richard Sellers, horn man Quentin Gerard W , bassist Nathan Brown and guitarist Patrick Yandall all appeared in previous Lake incarnations. Despite that personnel switch, though, the sound of the 15 tracker (13 tunes plus 3 radio edits) remains much the same as on the previous set; that’s to say expect plenty more slick and polished smooth jazz/funk with a soulful undertow … indeed much like the aforementioned Crusaders and George Duke.  Hear flavours too of Steely Dan. Tripp is a big Becker/Fagen fan; he cites them as a major influence and as if to nail it, here he offers a faithful instrumental cover of their ‘Josie’.

The album’s other big cover is a look at the Stylistics’ ‘People Make The World Go Round’. The Thom Bell/Linda Creed/George Perry-penned Philly classic is a long-time favourite with the jazz community. It’s been reinterpreted countless times but here it takes on extra poignancy. You see, just before this album was released Gerard W took ill from COVID-19. He endured a tough couple of weeks but now thankfully he’s turned the corner and is recovering. People and their relationships really do make the world go round. Tipp says: “This extraordinary time reminds us how important the people in our lives are. We feel like our recording of ‘People Make The World Go ‘Round’ hits  home as we think about the special people in our lives’. By the way, for this treatment Under The Lake don’t stray too far from the tune’s original atmosphere though listen up for Yandall’s steel string  guitar and the soulful (Wilton Felder-esque) tones of Gerard W’s sax… who is, thankfully, on the way back to full health.

Of the album originals the sax-led ‘Diego Nuevo’ ploughs a solid soul groove while  ‘It’s Your Horizon Too’ (track 1)  allows each band member to set out their stall right from the start. Interestingly, the tune began life as a proposed track on Gerard W’s upcoming solo set. Tipp loved it and with the sax man’s permission remodelled it, claiming that its themes (title and melody) expressed what he felt in bringing his old pals together: “We’re on a journey together even if we’re travelling separately. The horizon is what your eyes are fixed on as you look forward to your destination”. Words that now ring truer than ever.