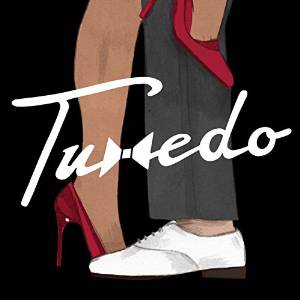 After his two-album spell at Universal’s Republic imprint, blue-eyed soul auteur Mayer Hawthorne returns to his first recording home, US indie label Stones Throw, for a collaborative side-project called Tuxedo alongside DJ/mix meister and kindred spirit, Jake One (apparently both men have a shared passion for early ’80s disco-funk and soul). Aficionados of antique boogie grooves and synth-led electro-soul will find much to relish here on Tuxedo’s eponymous debut, where Hawthorne’s distinctive sweet high tenor vocals are framed by plush electro-funk backdrops that revive memories of Midnight Star, Shalamar, The System, Kashif, and production projects by Paul Laurence. Some listeners might dismiss the album (which was mixed, by the way, by John Morales) as pure pastiche or just an empty exercise in nostalgic retro chic, perhaps, but ‘Tuxedo’ definitely brings something fresh and invigorating rather than stale and jaded to the table.

‘Do It’ is the set’s first single: an infectious sweetly-harmonised tune that glides over a dance floor groove powered by a fat synth bass. ‘Number One’ and ‘I Got You’ are similarly addictive. So, too, is the classy opener, ‘Lost Lover,’ where Hawthorne’s vocals are counterpointed by a catchy synth hook. ‘R U Ready’ is another strong tune built on a heavy bass line while the euphoric get-down groove of ‘Watch The Dance’ reverberates with echoes of Shalamar. ‘So Good’ slows the pace down to a succulent mid-tempo swagger. The hand brake is applied more firmly on the beat ballad, ‘Two Wrongs,’ a taboo tale of forbidden romance that’s distinguished by a searing rock-inflected guitar solo. The sensuous ‘Get U Home’ also mines a deep mid-tempo groove. By contrast, ‘Tuxedo Groove’ is a short synth-heavy instrumental with detectable traces of doo-wop in its musical DNA.

Overall, ‘Tuxedo,’ is an enjoyable affair aimed at the feet rather than the head. Sure, it might be a Mayer Hawthorne side project but that doesn’t means that it’s lightweight, insubstantial or even irrelevant. Dance floor heaven.