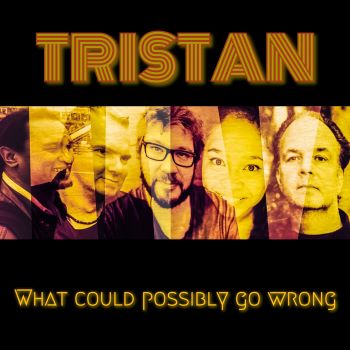 Tristan is a Dutch soul and funk band. They’ve been around since 2003 when drummer, Sebastian Cornelissen and bassist Frans Vollink discovered a mutual love of soul and funk. They then recruited keyboardist Coen Molenaar and worked as a trio peddling their take on jazz/fusion with a soulful twist. Over the years they recruited new players and made their recording debut in 2014 with the album ’Full Power’  which proffered a melding of the sounds of people like Incognito, the Brand New Heavies and  Swing Out Sister. It was an intoxicating blend, and the set won the “album of the week” accolade on Jazz FM. The band’s line up on that album was Evelyn Kallansee, (vocals), Sebastian Cornelissen (drums), Frans Vollink ( bass), Coen Molenaar (keys),  Thomas Bekhuis (guitar) and Martin Gort (percussion) and over four further albums the personnel changed subtly but the sound remained essentially the same – good times music , upbeat and optimistic and full of  soul and Euro funk flavours, with, still, shades of those aforementioned influences.

‘What Could Possibly Go Wrong’ is Tristan’s sixth long player and their trademark sound, as just described, is still going strong, that, despite one major change in the line-up. You see, for reasons never fully explained singer Evelyn Kallansee quit the band to pursue a rural idyl in Ireland. Her replacement is Jaycilee Teterissa who the band describe as “the new Sun in our Universe” and they’re not wrong. She’s slipped easily into the new role and offers the same soulful flavours that Ms Kallansee perfected.

The album’s a 16 tracker and  the tune currently winning radio plays and chart placings is ‘Rising Up’  and it’s a perfect summation of the Tristan sound – catchy, melodic, strong lead vocal and sweet supporting harmonies over an Acid-Jazz/Euro soul backdrop. There’s plenty more of the same – like the snappy opener, ‘Perfect Girl’, the bassy throwback that is ‘Change’ and the funkier ‘Got To Get’. The big ballad is ‘Laura’ (which comes in two mixes) while the most intriguing cut is ‘Emperor’s Treasure’ which features a vocal from Kaspe (no more info than that on the gent!). Album highlight though is the  lazy mid-tempo groove that is ‘I’ve Been Loving You Too Long’ (no not that one… this is a band original!). It’s the kind of cut that Bluey would be proud of. It’s a quality tune but then theres’a quality a-plenty across this album. The Tristan people describe their  sound as “feel-good vintage Acid Jazz, with the energy, vibe and sounds of today, performed by some of the best contemporary pop/jazz musicians from Europe”. No need to say more than that. Out now!