TRISTAN: The Spice Of Five (Isolde) 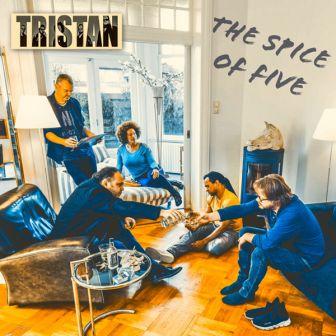 Tristan is a Dutch band whose 2016 long player, ‘Lifestyle’ impressed plenty across the soul world. The music was a very particular hybrid of Incognito, the Brand New Heavies, Shakatak and Swing Out Sister. Though we need to say that what the fivesome create isn’t like anything the above produce; it’s just that there are elements of those sounds in the sounds that Tristan produce. Music always speaks louder than words so on ‘The Spice Of Five’ – their brand new LP – go first to ‘Down Town’ to hear the band’s signature sound…. smooth (ish) jazz; light (ish) soul… that and more. The vocal of Evelyn Kallansee is sweet, light and melodic with an edge when required. It’s a sunshine, optimistic sound – meticulously produced – and there’s plenty more of it across the album’s 12 tracks.

Other cuts worth checking are the wistful ‘1985’, the lovely ballad, ‘Where Do We Go From Here’ ‘Neon Girls’ and ‘I Left My Jacket In The Van’. Those last two boast clever and intriguing lyrics that are a cut above your average soul song.

Tristan tells us that the album title ‘The Spice Of Five’ is a sort of double entendre. It’s the band’s fifth long player and, like a great recipe, each of the band’s five members brings their own special gifts to this particular dish. The songs are all collaborative efforts and on each cut each team member is allowed to shine. Naturally Ms Kallansee is out front as vocalist but keyboardist Coen Molenaar is never far from the action while guitarist Gut Nikkels provides bite when needed and the engine room of bassist Frans Vollink and drummer Sebastian Cornelissen keep everything on track. Indeed the listing includes two instrumentals – ‘Travel’ and ‘Don’t Skip This’ –which allow the players to stretch and flex.