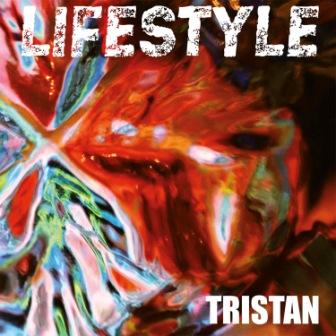 Currently there’s some great soul coming out of the Netherlands. Amsterdam band, The Tibbs have just released a blistering homage to 60s soul (see previous review) and now jazz funksters Tristan give us their latest long player –the 15 tracker that is ‘Lifestyle… a very different kind of soul music to the Tibbs but like them delivered with enthusiasm, passion and a respect for the music’s roots!

To set the scene for the album Tristan issued a single in April. It was a lively, bubbling ‘I’ll Be Around’ (no, not the Spinners’ song!) that featured the band’s regular vocalist, Evelyn Kallansee. The cut typifies what we could call ‘The Tristan Sound’… a cocktail of the sounds of Incognito, the Brand New Heavies and even EWF and Tower of Power but with its own distinct flavour – simply ‘cos it’s coming from a European perspective. You won’t be surprised to learn that the album boasts lots more that’s similar… tunes like ‘Admiration’, ‘Trouble’ and indeed the LP’s title cut.

Variety comes with the doleful balled ‘Spirit One’, on which the air of melancholy is increased by the clever use of harmonica. Then there’s a dark broody ‘Group Up’ which features guest vocalist Francesco Cottone. The album’s principal guest though, is US soul man, Heston. He features on a sweet ballad, ‘Love Leads The Way’ and you can hear the difference he makes to the Tristan sound by comparing it to the (included) original version that features Ms. Kallansee. No disrespect to the lovely Evelyn, but I think the soul crowd would go for the Heston version every time! Mr H is also up front on what is the LP’s outstanding cut…. ‘Feet Back On The Ground’. This one’s what good modern soul is all about… proper song, great melody, passionate vocals and sympathetic arrangement and production. ‘Let Me Breathe’ is almost as good… but it just lacks a little focus.

Elsewhere… there’s jazz/funk meanders and brash beaters climaxing in a short sweet end piece… ‘Night Time’ which could have escaped from a West End musical. Yep, there’s a lot on this album… maybe a bit too much! Sometimes, of course, less is more and with tighter sub-editing, Tristan could have a great album here. What they have is a decent one, enlivened by that ‘Feet Back On The Ground’