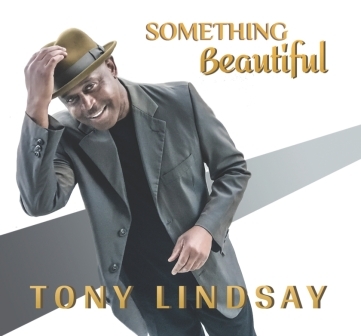 Without being a household name, Tony Lindsay is something of a soul veteran. Though from Kingston, New York, his career really began when he moved west in 1980. In San Francisco he formed his first band Spangalang, then went on to work with The Soul Soldiers, Black Magic, and the Ray Charles Project. Twenty five years ago he was spotted by Carlos Santana who brought Tony into his band. With Santana, Mr L featured on seven albums, won 11 Grammys and toured the world. In Santana downtime he’s a songwriter – his tunes have been recorded by people like the Whispers, Tevin Campbell and Howard Hewett while he’s also an in-demand session and background singer working with a remarkable list of names. Quite an impressive CV for sure; then there’s Tony’s solo albums – this one ‘Something Beautiful’ will be his fifth and it’s already winning plenty of friends in the smooth, sophisticated, modern soul world.

Cut getting the big thumbs right now from the soul tastemakers is ‘Find The Day’ It begins with some gentle piano figures before the introduction of sweet, cinematic strings floating over subtle Latin rhythms. There’s a definite Santana flavour here –for obvious reasons. Lyrically, ‘Find The Day’ has a gospel message – a celebration of divine love and the optimism that true faith can deliver. The album’s title track, though not as overtly “gospel” in its message, also speaks of finding happiness (“something beautiful”) by stepping out of your comfort zone. Sound wise, it’s has a lovely, laid-back modern room feel. I’m guessing, though, that the album’s opener, ‘Sweet Love’ is the one which the rug cutters will head for… sophisticated beats and a feel good feel!

‘In My Shoes’ is another busy bustler while for ballad fans there’s the dramatic ‘It’s For The Love’ (check the ‘This Guy’s In Love With You’ intro) and the simpler ‘So In Love’ . Add to those the hands-in-the air anthem ‘Victory’, another Santana-flavoured cut – ‘Set Me Free’ and a rock inflected ballad ‘Against All Odds’ and you have a varied bill of fare held together by Tony Lindsay’s remarkable voice.