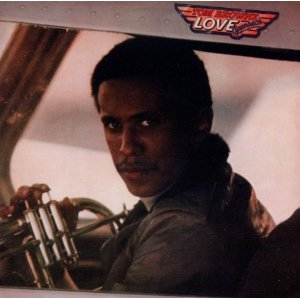 Tom Browne’s ‘Funkin’ For Jamaica (NY)’ was – indeed is – a monumental tune. Released in 1980, it still has the power to excite dance floors and since its release it’s been covered and sampled countless times. Surprisingly for such a well known tune, too few people know too little about Tom Browne or the album that spawned the cut. Well, if you’re interested, this new re-mastered issue of Tom Browne’s ‘Love Approach’ will reveal all the answers.

The excellent sleeve notes reveal that Brown hailed from the New York borough of Queens – in the Jamaica neighbourhood to be exact (hence the famous tune’s title). The notes explain the musical odyssey that took the trumpet player from local bars and clubs to George Benson’s Breezin’ Lounge in Harlem. The guitarist then introduced Tom to Dave Grusin and Larry Rosen who signed him to their GRP label for which ‘Love Approach’ was Browne’s second long player.

Musically the key cut will always be ‘Funkin”. It is truly timeless. , but surprisingly, we’re told, what started out as a studio jam was only added to the set as an afterthought. Here you get two versions –the original album cut and the edited single version. Elsewhere stuff like ‘Her Silent Smile’, ‘Forever More’ and ‘Dreams Of Lovin’ You’ ape the sound that Herb Alpert had perfected the previous year on ‘Rise’ That’s to say, they all boast strong and sweet trumpet lines supported by atmospheric and languid hand claps but with side men like Marcus Miller and Omar Hakim around they’re never dull. ‘Martha’ is soft soul cut with vocal from Toni Smith while the ballad ‘Weak In The Knees’ sees Victoria Sylva take to the mike – a flavour of Chic’s ‘Warm Summer Night’ about this one. The most full on “jazz” track is ‘Nocturne’. With its shifting, complex rhythms, racing keys (courtesy of Jorge Dalto) and frenzied soloing, it reveals a different side to Browne.

The trumpeter is still playing and recording. He also tours regularly with people like the Crusaders and Ronnie Laws but in down time he doubles as a commercial pilot, flying freight for Fed Ex … remarkable, I think, when you think of the impact of ‘Funkin’ For Jamaica’.