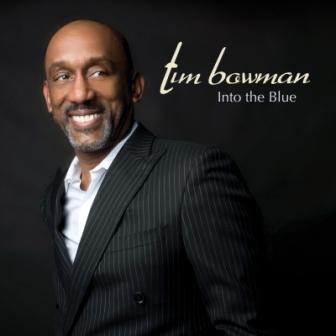 ‘Into The Blue’ is guitarist Tim Bowman’s seventh studio album and it was heralded by the rightly lauded single ‘My Heart To You’ which featured a sensual vocal from Angela Johnson. If you liked that cut you’ll also love the set’s other focus vocal – ‘All I Need Is Love’ with the seemingly rejuvenated Stokley at the mic. It’s a tougher ballad than the Johnson cut but if you enjoyed the Mint Condition man’s solo set, you’ll need to investigate this one.

‘Into The Blue’ features one more vocal and ‘Amazing Grace Party’ is actually one of the album highlights and certainly the set’s most ambitious offering. The title tells you what the cut’s all about …. it’s an up-tempo rendition of the classic hymn, ‘Amazing Grace’ and it really works. There’s a big party atmosphere, Bowman’s guitar hits a funky jazz groove and the singers, Tom Bowman Jr and Jonathan DuBose energise proceedings segueing the hymn into other inspirational songs like ‘Wade In The Water’. Inspired stuff indeed.