THELMA HOUSTON: ‘Any Way You Like It’ (Soul Music Records) 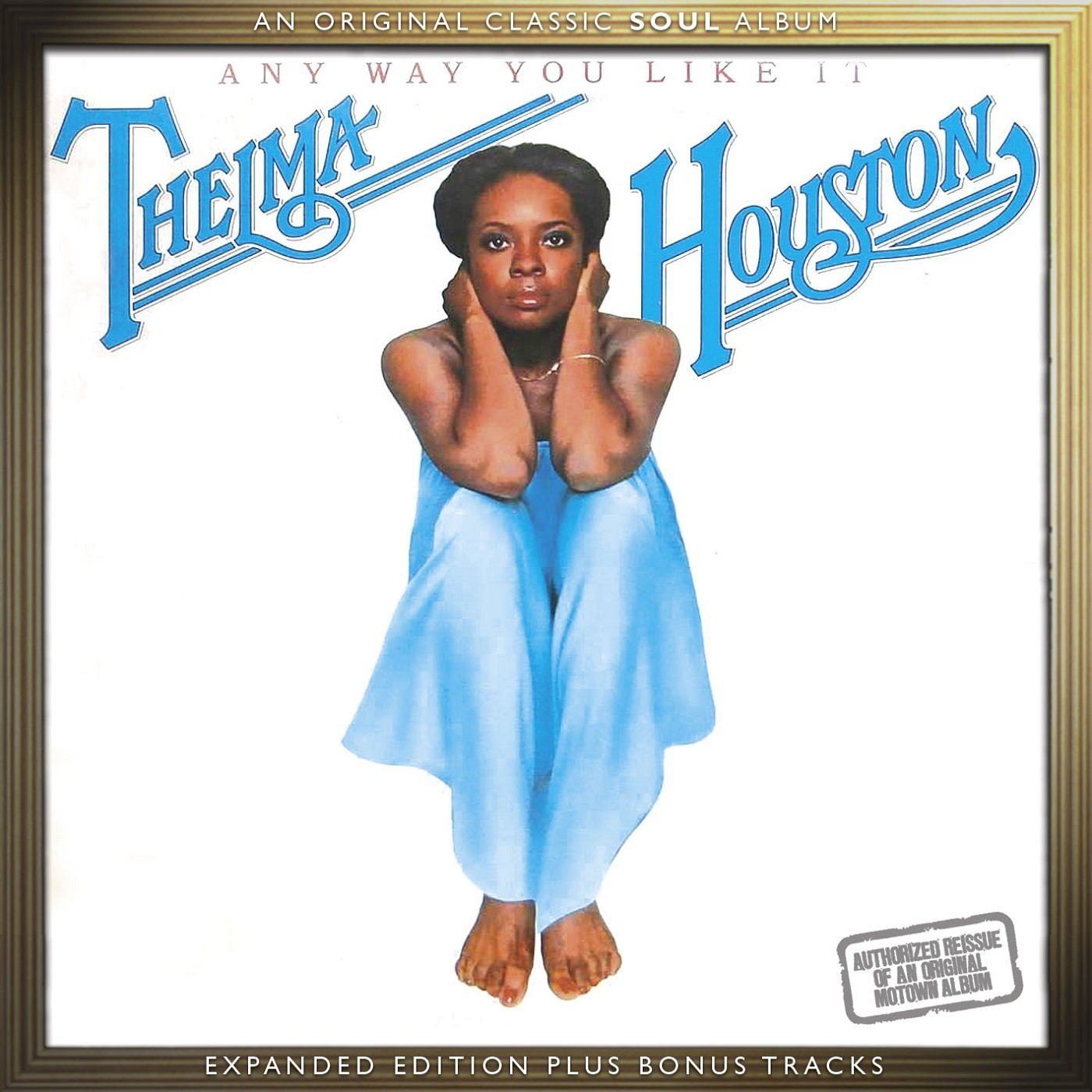 Thelma Houston’s career had been stuttering until this album came out in 1976. She had recorded a magnificent LP called ‘Sunshower’ – produced and largely written by songwriter Jimmy Webb – for ABC/Dunhill in 1969, which didn’t capture the large audience her label had hoped for, and then a spell at Motown’s California-based imprint, MoWest in the early ’70s – despite witnessing some good recordings – didn’t set the world on fire either. But in ’76, after several fruitless and frustrating years with Berry Gordy’s company, her disco revamp of Harold Melvin and The Blue Notes’ ‘Don’t Leave Me This Way’ became a #1 R&B hit in the USA and suddenly Thelma’s name was lit up in disco lights. The parent album was this one, which was issued on CD back in the ’80s. It remains Thelma’s best selling long player and now sees the light of day again via Soul Music Records.

The album’s keystone is the turbo-charged Hal Davis-produced ‘Don’t Leave Me This Way’ – an evergreen disco classic that was originally earmarked for Diana Ross – but the album has much more to offer besides. The opening title track is a driving piece of symphonic funk that highlights Thelma’s fiery, gospel-reared vocals. ‘Don’t Know Why I Love You’ is more meditative but soon gets into a disco stride while the lovely ballad, ‘Come To Me’ shows that Thelma’s got more in her armoury than just testifyin’ hollers. It’s a solid album and what makes this expanded reissue really interesting is the presence of six bonus tracks from the singer’s Motown years immediately preceding ‘Any Way You Like It.’ The single edit of ‘Don’t Leave Me This way’ is dispensable(unless you’re a completist) but the five other cuts are worth having. ‘Do You Know Where You’re Going’  (and its flipside ‘Together’) was scheduled as a US single but withdrawn when Berry Gordy decided that Diana Ross should record it. The funked-up ‘You’ve Been Doing Wrong For So Long’ was actually released on a 45 while ‘Today Will Soon Be Yesterday’ was the non-album B-side to ‘Don’t Leave Me This Way.’ Stylistically out-of-sync with the rest of the material is the ‘censored version’ of the hilarious ‘One Out Of Six,’ a short, peppy, burlesque-style tune about risqué sexual mores taken from the MGM movie ‘Norman…Is That You?’