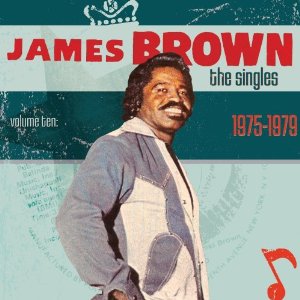 Soul’s annals are littered with great male/female duets and there are all kinds of reasons why solo artists and their labels decide to team up with A. N. Other. Two of the principal reasons are to give a flagging career a leg up and to kick start a newish career… and those seem to be the factors behind Motown execs teaming veteran Jerry Butler with relative newcomer Thelma Houston in 1976.

The Chicago “Iceman” had signed with Motown in 1975 and knew the power and commercial potential of the duet – he’d already enjoyed tandem hits with both Betty Everett and Brenda Lee Eager, while Ms Houston was keen for commercial action after her critically acclaimed Dunhill album ‘Sunflower’ has flopped. Seemed like a marriage made in heaven – but the ‘Thelma & Jerry’ album released on Motown in 1977 only saw moderate though respectable chart action – #20 on the R&B chart and #53 on the Billboard pop chart, and listening to this new Soul Music Records reissue you can hear why. The 9 tracker was a very patchy affair. Both singers are in great form but the up-tempo cuts veer towards the cheesy end of disco while the album’s “focus” cut – a medley of the Bee Gees’ ‘Love So Right’ and Chicago’s ‘If You Leave Me Now’ just doesn’t happen. The songs, after all, are pretty pop songs and, I believe, not suited to the soul oeuvre. Best of the cuts are the dramatic Stevie Wonder ballad ‘Joy Inside My Tears’ and the properly soulful ‘Sweet Love I’ve Found’. Intriguingly, another decent tune, ‘And You’ve Got Me’ sounds a lot like Archie Bell’s ‘Don’t Let Love Get You Down’.

Whatever, the Motown suits must have been reasonably pleased with the album because they commissioned a follow –up and ‘Two to One’ was duly released in later in ’77 and its 8 tracks form the second half of this “twofer”. If anything this second LP was even patchier than the first –chiefly because it only contains two actual Houston/ Butler duets…. Pam Sawyer’s twee ‘If It Would Never End’ and the bombastic ‘You Gave Me Love’ – penned by the ‘Got To Be There’ writer Elliott Willensky. Jerry and Thelma’s solo cuts are much, much better. Butler’s superb on Leon Ware’s ‘Never Gonna Get Enough’ (built like some of his Mercury masterpieces), while Houston’s ‘Find A Way’ and ‘Don’t Pity Me’ are typical Motown mid 70s up-tempo outings (both penned by Van McCoy, by the way).

It’s fair to say that neither of these albums are classics. However, they do spotlight two important artists at different career stages and as such will be of interest to collectors and Motown fans and as a bonus the set includes a non-album single, the forgettable ‘Kiss Me Now’. The other bonus is the fact that SJF’s Charles Waring provides his usual insightful and information-packed sleeve notes.