THE TEMPTATIONS; Hear To Tempt You/Bare Back (SoulMusic Records) 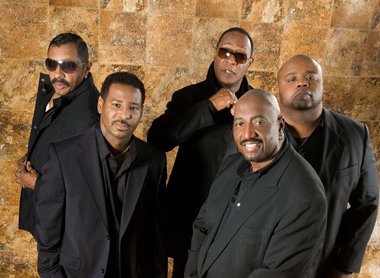 The Temptations are, of course, synonymous with Motown but in 1977, after a lean time, they quit the Gordy stable for the perceived fresher pastures of Atlantic. If the New York label had transformed Motown second stringers, the Spinners, into major stars… just think what they could do with the Tempts … that seemed to be the thinking behind Otis Williams and Melvin Franklin’s decision. For their part, Atlantic spared no expense on their big name signing and paired the veteran group with one of the then hottest production teams – Philadelphia’s Baker, Harris and Young. It should have been a match made in heaven but the resulting album, ‘Hear To Tempt You’ was a patchy affair and the album bombed. The reasons are complex, I guess, but the nine tracker just didn’t sound like the Temptations. Sure, the group were breaking in two comparatively new leads – Louis Price and Glenn Leonard – but the end result sounded more like a second rate Trammps album, or even something from fellow Philly outfit, Love Committee; it sure didn’t sound like prime time Temptations.

Much head scratching followed and for the next album it was agreed to bring in fellow ex-Motowners Brian and Eddie Holland to produce. The result was the 9 track ‘Bare Back’ long player but with mediocre material, the Temptations once again struggled to find success and in 1980 the group returned to Motown where Berry Gordy took personal responsibility for their career.

That’s the history, and now we can all reassess the music as David Nathan’s SoulMusic records reissues both LPs on a one CD “twofer”. ‘Hear To Tempt You’ is a Philly artefact – zipping disco numbers propelled by Young’s drums leavened with lush ballads – one of which ‘I Could Never Stop Loving You’ is an oddity in that it features bass man Melvin Franklin on lead. ‘Bare Back’ is harder to pigeon-hole but its sound is very different – chiefly because the Hollands turned to ever dependable Richard Street for most of the leads and on the discofied ‘Touch Me Again’ he brings real passion to proceedings and for a few moments – on ‘I See My Child’ – there’s those wonderful Tempts’ harmonies – just a pity about the lyrics.

Notably none of the 18 songs over the two albums feature in the Temptations’ classic canon (in the way that the Four Tops’ ABC-Dunhill work does) and I guess all parties would choose to forget this period in their careers. Not that ‘Hear To Tempt You’ and ‘Bare Back’ are bad albums.. they’re just not good Temptations’ albums; but great to have them back in circulation if only for the collectors.