THE TEMPESTS: Would You Believe (Poker/Cherry Red) 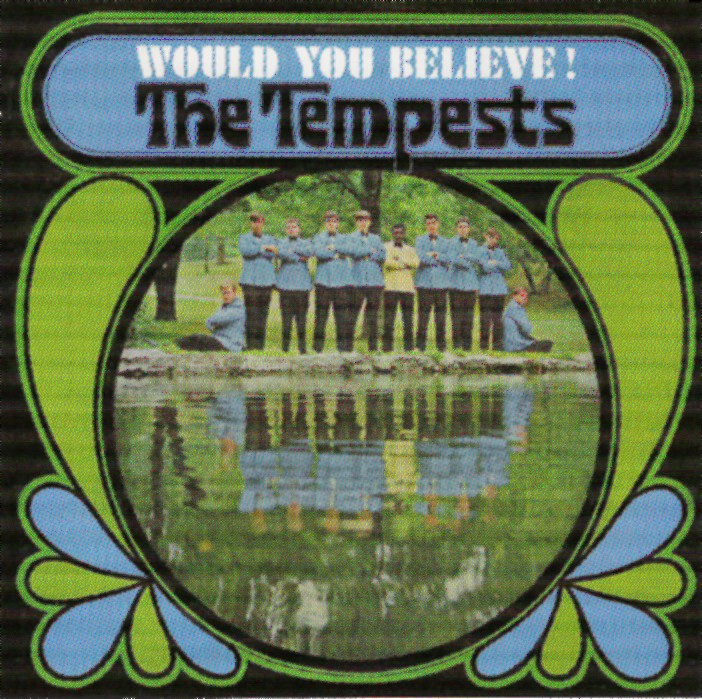 The Tempests were a hard-gigging soul show band that worked the Carolinas beach music circuit in the 60s and 70s. As was the nature of these groups, the personnel were ever changing but at the core of the Tempests were the brothers Roger and Michael Branch. In 1967 they were signed to the Mercury subsidiary, Smash where they recorded a couple of albums and four singles. None made much impact beyond the home turf but as is often the way with obscure bands the UK’s Northern soul scene discovered one of the Tempests’ songs, ‘Someday’, and a demand for the source album, ‘Would You Believe’, was created. The LP soon fetched big bucks and a couple of years back Poker Records successfully reissued it on CD. On the strength of new interest in the Tempests, the label are re-promoting the reissue and if you’re a fan of old school big beats, brassy blasts, smooth ballads and soulful vocals, the album is well worth looking out for.

That Northern tune – ‘Someday’ – is the LP’s centre piece. It’s a brash, unforgiving stomper with great brass figures and a convincing vocal from Hazel Martin. Despite that forename, Hazel’s a male and he possesses a remarkable voice (begging the question whatever happened to him after the demise of the Tempests and the odd solo outing). The album boasts more Northern flavours in the shape of ‘Happiness’, ‘Ain’t That Enough’ and ‘Can’t Get You Out Of My Head’ but the mellower (but still up-tempo) title cut is a much better bet for these ears!

The album’s real highlights though are the ballads which include a great cover of the Radiants’ ‘Ain’t No Big Thing’ and an equally lovely ‘I Don’t Want To Lose Her’ while the Southern soul influence is apparent of the more dramatic ‘You Are The Star I Wish On’.

The album reissue comes complete with four bonus tracks taken from a selection of the group’s singles. Of them, ‘In The Cold Light Of Day’, is a quite superb example of the big, uptown ballad and for fans of that genre it’s a must.

The Tempests lasted till 1975 when the Branch brothers went on to work with General Johnson – who obviously realized their worth. This unprepossessing reissue underlines his judgement.