THE SYLVERS: Something Special (Caroline) 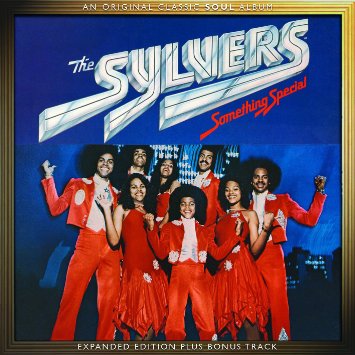 The Sylvers were one of soul’s great family groups. Originally formed in the mid 50s as The Little Angels, Olympia, Leon, Charmaine and James charmed California audiences with their sweet harmonies and cute dancing. When mum and dad Sylvers divorced in the mid 60s, the family group (now featuring up to nine siblings!) was put on hold. The group soon reconvened though and as the Sylvers and Olympia, Leon, James, Ricky, Edmund and Charmaine signed a deal with MGM records. After some early failures the group eventually won through on the Jerry Butler-helmed MGM subsidiary Pride. But after a major financial wrangle with MGM, the Sylvers moved over to Capitol where exec Larkin Arnold saw ’em as the “next Jacksons” and to ensure that goal he paired them with sometime Motown man (and Jackson 5 collaborator) Freddie Perren

The Sylvers/Perren combo hit the ground running with a #1 pop and R&B smash, ‘Boogie Fever’ while the parent long player, ‘Showcase’ was a good seller too. In 1976 Perren produced the Sylvers’ (now an eight piece, by the way) second Capitol album, ‘Something Special’ which has just won reissue via Caroline/Soul Music records.

The album kicks off with the lead single – the chirpy, catchy, pop-infused ‘Hot Line’. Easy to hear why the cut became a chart rider. There’s nothing not to like about it (unless you’re a curmudgeon). Yep, it’s more pop than soul but Perren and the success seeking Sylvers created it that way. The second single from the album, ‘High School Dance’ is maybe a tad tougher (and very J 5 flavoured) but again the Perren/Sylvers team knew who they were aiming at… and the result? Another major hit.

If you’re looking for something a little more soulful, then try the ballads. Stuff like ‘Got To Have You’ and ‘That’s What Love Is Made Of’ are sweet but they have their roots in the soul group tradition and there’s always something very special in the way family bands harmonise. They share the same feel as contemporary Tavares tunes… hardy surprising since Perren was working with them too!

Their next Capitol album (a non-Perren set, ‘New Horizons’) was less successful and when Capitol rejected a fourth long player the group moved to Solar and then to Geffen with varied success. Family deaths and financial disagreements meant that the Sylvers imploded, officially disbanding in 1985. Various siblings continued to work in music…. none more successfully than Leon. His post Sylvers CV is whole different story… but to hear him and his brothers and sisters in their pomp, this reissue makes a great start!