THE SULLY BAND: Let’s Straighten It Out (Belly Up Records)  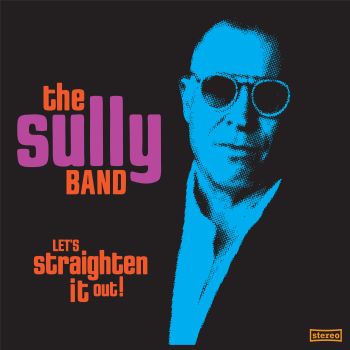 At the back end of last year we enjoyed a spirited revival of the Dr John/Delaney & Bonnie song, ‘When The Battle Is Over’ from a group called  The Sully Band. We learned that the band was a 9-piece outfit working out of San Diego and that leader Bob  “Sully” Sullivan is a nationally syndicated radio/television talk-host; his shows broadcast weekdays via radio on Clearchannel Media Affiliates, CBS Radio Affiliates, BizTalk Radio Network and Armed Forces Radio network in 175 countries! However, music and making it are his real passions and passion ran all the way through his group’s reading of ‘When The Battle Is Over’.

We were told that that single was taken from an upcoming album, and that LP will soon be with us -March 11th to be precise. The album’s called ‘Let’s Straighten It Out’ – named for the Sully band’s take on the old Latimore/Gwen McCrae/Etta James soul classic! That fact alongside the aforementioned ‘When The Battle Is Over’ should  give you a clue to the contents of the album. You’re right, the 10 tracker is a covers album. Sully explains; “this album will take you on a journey through the ups, downs, and all-arounds of love by way of 10 classic ‘60s and ‘70s soul, blues, and R&B tunes”.

Amongst the ten “classic ‘60s and ‘70s soul, blues, and R&B tunes” are takes on Ray Charles’ ‘Hallelujah, I Love Her So’, Shuggie Otis’ ‘Ice Cold Daydream’, the Temptations’’ ‘I Wish It Would Rain’, Brenton Woods’ ‘Gimme Little Sign’, and Jackie Wilson’s ‘Higher And Higher’ All are offered in versions sufficiently different to the originals to make the exercise viable. For sure, this is no karaoke album; rather an attempt (largely successful) at delivering the familiar in new settings relevant to today. A good example is the cover of the Brenton Wood song. The Sully Band slow it right down creating a poignancy that was lost in the up-tempo original. The poignancy is highlighted by a lovely flugelhorn interlude from Steve Dillard. Then there’s ‘I Wish It Would Rain’, which becomes a meaningful bluesy meander embellished by vintage Chicago blues harmonica. The album’s title track delivers too – a wonderful homage to those who’ve previously recorded it.

The whole ‘Let’s Straighten It Out’ long player was recorded in just five days. The band went for live takes, which explains the raw and organic flavor of much of the music while for a budding media mogul Bob “Sully” Sullivan is a more than a half decent blue-eyed soul growler! He calls his music “R&B Groovment” – and on the strength of this album we’re not going to argue!