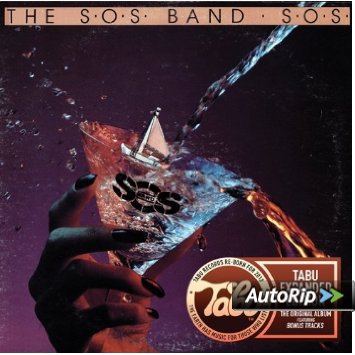 When they achieved pole position in the US R&B charts in 1980 with ‘Takin’ Your Time’ – the killer disco groove from their Sigidi-helmed Tabu debut album ‘S.O.S.’ – and then failed to capitalise on that record’s success with their follow-up releases over the course of the next two years, it seemed that the S.O.S. Band had peaked too soon. But just as they seemed a spent force creatively (their second and third albums proved profoundly disappointing)  Messrs Jam & Lewis got hold of them in ’83, provided them with some great tunes and elevated them to new commercial and creative heights. But this reissue takes us right back to the very beginning when the Atlanta collective (previously known as Santa Monica) was still an unknown quantity.

The album gets off to a strong start with ‘S.O.S. (Dit Dit Dit Dash Dash Dash Dit Dit Dit),’ a great slice of mid-tempo funk with a syncopated bass line, punchy horns (featuring James Brown refugees Maceo Parker and Fred Wesley) and an infectious chorus (a shorter version also closes the album). There are a couple of obligatory ballads – such as ‘What’s Wrong With Our Love Affair’ sung by the inimitable husky-voiced Mary Davis and the pleading ‘Open Letter’ – but it’s the dance tracks that really catch the ear.  Davis fronts the stomping ‘Love Won’t Wait For Love’ and also the set’s biggest cut, the anthemic ‘Take Your Time (Do It Right),’ co-written by producer Sigidi Abdullah. Different mixes of the latter track (7-inch single edits and an extended version, which differs from the album version) appear as bonus cuts – also look out for a terrific seven-minute ‘Special Disco Mix’ of ‘S.O.S,’ complete with popping syn drums. Contextual liner notes featuring input from members of the band enhances what is a first class reissue.