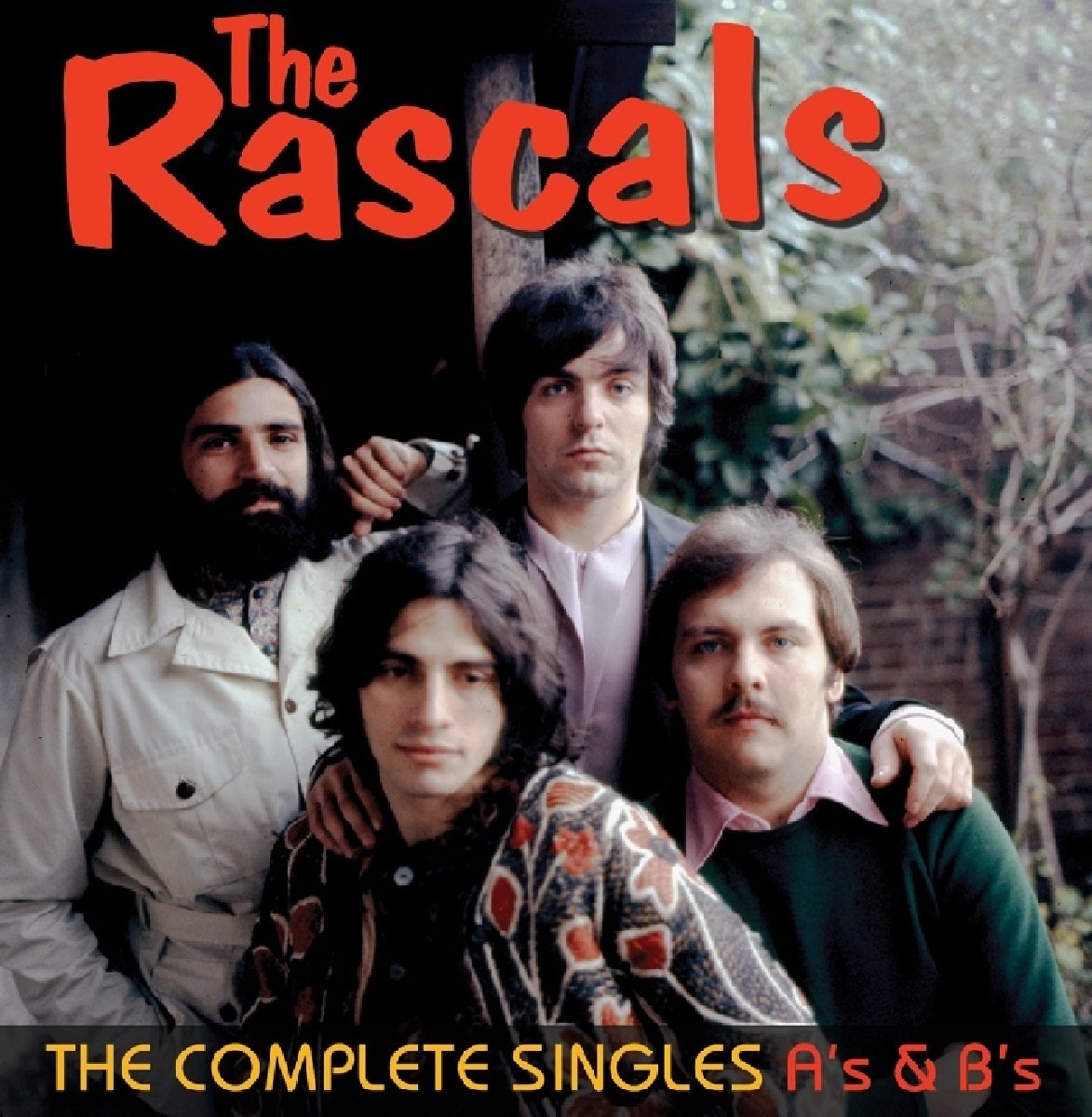 The Rascals (or as they were sometimes billed the “Young” Rascals) were probably the first blue eyed soul group. The New York-based foursome, of course, will forever be remembered for their ‘Groovin”, the ultimate “easy like Sunday morning song” but there was a lot more to the band than just that anthem. If you doubt that, then investigate , pronto, this wonderful 2 CD, 47 track retrospective that collects together all the outfit’s Atlantic and Columbia singles… all the A sides and all the B sides.

The Rascals evolved out of the early 60s New York club scene and originally comprised keyboardists/vocalist Felix Cavaliere, guitarist Gene Cornish, singer Eddie Brigati and drummer Dino Daneli. Originally a covers band, they signed with veteran music manager Sid Bernstein who scored them a contract with Atlantic Records. Teamed with Tom Dowd and Arif Mardin, the quartet released their first single, ‘I Ain’t Gonna Eat Out My Heart Anymore’/ ‘Slowdown’ in 1965 and, we’re told, the boys were horrified to learn that Bernstein and the Atlantic execs had changed their name on the disc to the Young Rascals. The band felt the new moniker made them sound like a lightweight, pop/bubblegum group but their pride was soon collectively swallowed as the single entered (albeit briefly) the hot 100. Three more moderately successful singles followed till ’67’s ‘I’ve Been Lonely Too Long’ made the top 20. In the same year they hit the top spot with ‘Groovin” and their indignation with their adopted moniker was soon forgotten.

More hits followed, but as chart success slowed down the pressure of touring was cranked up and the band began to implode. Brigati and Cornish quit and Atlantic dropped them. Cavaliere and Daneli brokered a deal with Columbia which allowed them to go back to being the Rascals but despite working with top session players like Robert Popwell, David Sanborn, Ralph MacDonald and exiled Merseybeat luminary, Adrian Barber success eluded the Rascals. Their time, it seems, had passed.

In a tiny nutshell that’s the story of the (Young) Rascals; the 47 tracks on the album tell the story much, much better. Here you can enjoy the early recordings (covers like Larry Williams’ ‘Slowdown’… a Beatles cover too, that one), all the hits (‘Groovin” comes in three versions… the original, and Spanish and Italian versions), vintage blue-eyed soul/”Sunshine pop” (‘A Beautiful Morning’ and ‘Ray Of Hope’ stand out), ‘Sgt. Pepper-fuelled psychedelia (try ‘Away Away’) and even late career jazz fusion and funk!