THE O’JAYS; In Philadelphia( bbr) 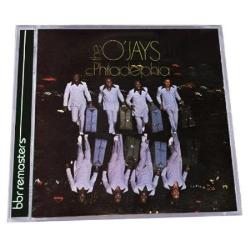 Proper soul collectors know that both the O’Jays and Gamble and Huff had long pre-historys before their ground-breaking liaison at Philadelphia International Records.

The O’Jays began way back in 1957 when five friends from Canton, Ohio got together as the Triumphs who soon morphed into The Mascots –landing a record deal with King Records. After a name change to the O’Jays, they continued recording for labels like Imperial, Liberty, Minit and Bell, enjoying a decent if unspectacular career.

Kenny Gamble and Leon Huff began their careers as jobbing session musicians and aspiring artists in Philadelphia’s hot recording studios. Eventually they realised they could write and produce songs together and after the usual round of hustling they landed decent deals with some big names – like Jerry Butler and Archie Bell. Encouraged, they decided to start their own label. The first was small scale Gamble before they launched Neptune with the backing of Chicago’s Chess records… and it was at Neptune that Gamble-Huff and the O’Jays came together.

The story goes that the Philly duo saw the O’Jays (by then- 1968 – a quartet)for the first time at the Harlem Apollo . They were sharing a bill with their Intruders and Kenny and Leon were so impressed they signed them to their new label and the result was this newly-reissued album ‘In Philadelphia’. The eleven tracker is a fabulous example of the Gamble-Huff sound and working with some great material, it provided the launch pad to make the O’Jays major stars.

The album includes all four of the O’Jays’ Neptune singles and ‘One Night Affair’, ‘Branded Bad’, ‘Deeper (In Love With You)’ and ‘Looky Looky (Look At Me Girl)’ remain remarkable… if anything a little more “authentically” soulful than their later, more polished work. Of the cuts recorded specifically for the album the standouts are ‘You’re The Best Thing Since Candy’ – a beautiful swayer and ‘Let Me In Your Word’ – later to be recorded by Harold Melvin and the Bluenotes. Of note too is a medley of George Harrison’s ‘Something’ and Bobby Russell’s ‘Little Green Apples’ – a master class in group soul.

Soon after the album release though Neptune folded when Chess was bought out by GRT and the O’Jays were briefly in a musical limbo. They recorded an album for H B Barnum’s Little Star label before they rejoined Gamble and Huff at the new PIR set up. Interestingly group member Bobby Massey refused to sign the deal and quit –leaving the O’Jays as a trio. The rest, of course, is history. After the success of ‘Backstabbers’ , PIR reissued ‘In Philadelphia’ with a new cover – showing just a trio and it hit the Top 40. This new bbr reissue re-instates the original “quartet” art work and the notes include some insightful comments from the renegade Bobby Massey…. making the release vital for all Philly collectors.