THE MASQUERADERS; Everybody Wanna Live On (Ace/Stax) 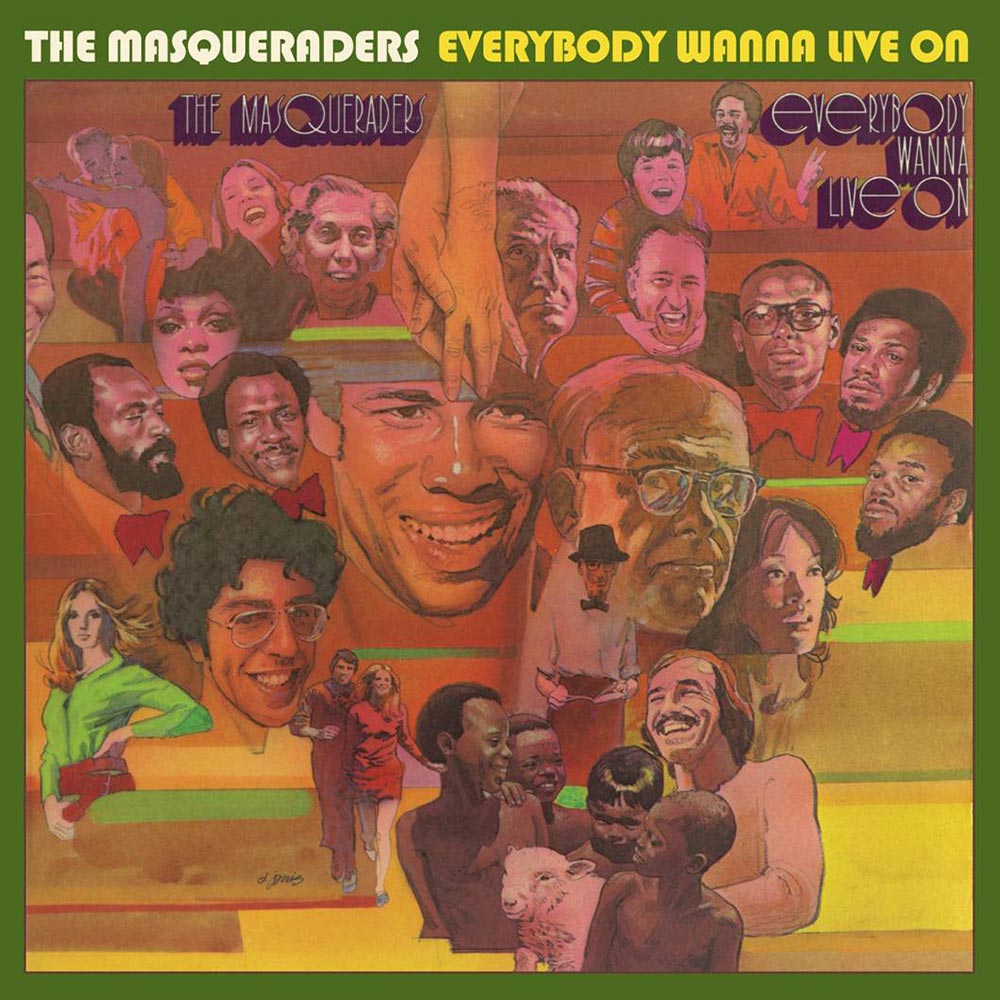 Dallas-formed, the Maqueraders were/are soul etceteras. Despite that, though, they recorded prolifically and for a number of labels. Their most creative period was in the late seventies when they were signed to the ABC subsidiary label, Hot Buttered Soul. As the name suggests the short-lived label (only 6 LPs were released on it) was a vehicle for Isaac Hayes; ABC creating the imprint for Black Moses after he left Stax in a flurry of law suits. The Masqueraders (who’d just left Hi) were one of his first signings and ‘Everybody Wanna Live On’ was the first fruit of the relationship.

Sonically the nine tracker is prime time Isaac Hayes – lush and symphonic. With Hayes in the producer’s chair, his Movement providing the rhythm and the Memphis Symphony adding the sweetening, the atmosphere reminds this reviewer of the Stax work Hayes did with Billy Eckstine. The most “Hayes-centric” track is ‘Your Sweet Loving Is A Blessing’. This is a lengthy, dramatic ballad, complete with spoken passages but despite its similarities to the Hayes canon, it failed to have any impact when released as a single. ‘Honest And True’ and ‘The Travelling Man (later covered by the Detroit Emeralds) are pleading ballads too while ‘Everybody Wanna Live On’, ‘Listen’ and ‘Sweet Sweetening’ are decent but dated up-tempo items.

Stand out cut is the only cover… an imaginative version of the Shirelles’ ‘Baby It You’ (some will also know the Beatles’ celebrated cover). With Hayes at the controls you can probably guess he re-imagines the whole thing, essentially creating a “new” song. Lead singer, Lee Hatim is in fine form, the harmonies are superb and Hayes even adds his own sax solo (a rare thing!) When released as a single it made #76 on the R&B chart while the LP itself peaked at 57.

The group cut a second album with Hayes – ‘Love Anonymous’. This one featured a lovely cut called ‘Modern Day Woman’ and –being released in 1976 – a tribute to America’s bi-centenary independence celebrations , ‘The Bicentennial’. Don’t know if Ace plan to reissue ‘Love Anonymous’ – so in the meantime enjoy ‘Everybody Wanna Live On’.