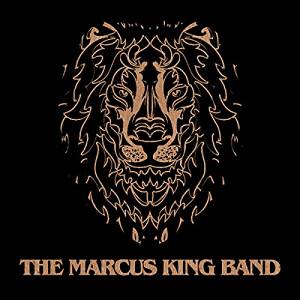 Marcus King is a 20 year old music prodigy from Greenville, North Carolina and this eponymous 13 tracker is his second full album. Young Marcus, whose father and grandfather were both blues musicians, describes his music as “soul-influenced psychedelic southern rock” which, in my book at any rate, means it’s hard to pigeon-hole. Yes, there are soulful elements in here, there’s psychedelia too, plenty of rock but also country flavours and the now fashionable Americana. Plenty of variety; all held together by Master King’s remarkable, rough-hewn voice… so world weary for someone aged just 20!

From our soul perspective the album starts out strongly. ‘Ain’t Nothin’ Wrong With That’ is a fine opener. It’s a blowsy slab of old fashioned soul that owes a lot to Tower of Power (though it’s a whole lot less polished than the music of the Bay Area’s finest). The brass work (Justin Johnson on trumpet and Dean Mitchell on saxes) is relentless and Marcus’s vocal is riveting.

The album’s other soul highlight is the gentler ‘Rita Is Gone’. It reminds me of Mayer Hawthorne, though the vocal is much more forthright and powerful… great brass again.

Sadly, too much of the rest is too rocky for my committed soul sensitivities. You can hear all kinds of influences at work… swamp rock on ‘Virginia’, rock fusion on ‘Thespian Espionage’, Cream on the rocky grinder that is ‘Devil’s Land’ and dear old Jimi Hendrix on ‘Jealous Man’. Different again are ‘Guitar In My Hands’ and ‘Sorry ‘Bout Your Lover’ on which King attempts to channel a Byrds/Gram Parsons sound.

King says that this album is “a big melting pot of different kinds of music”… we wouldn’t argue!