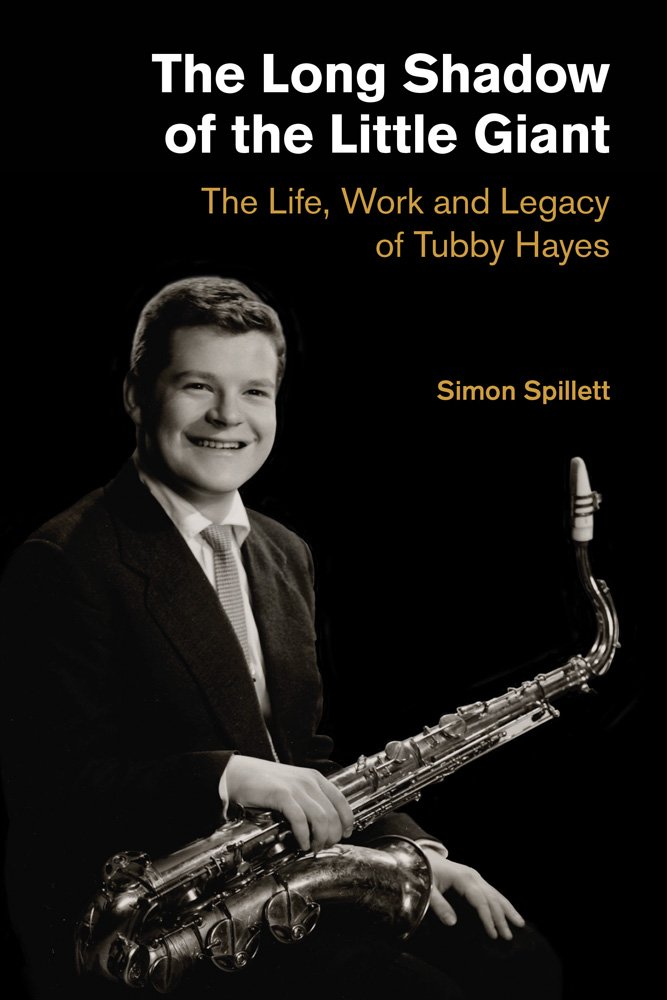 In tabloid newspaper terms, Tubby Hayes could be said to have lived fast and died young: described in a nutshell, his life was a classic case of a prodigious musical talent squandered by excessive substance abuse. There are parallels, perhaps, with the life and death of the late Amy Winehouse but as Simon Spillett – an award-winning saxophonist by day – reveals in this scintillating first ever biography of the diminutive tenor saxophone legend, the musician who was affectionately dubbed ‘The Little Giant’ lived a life that was deeper and more complicated than the facile, headline-grabbing clichés that some would conveniently use to define his short life and career. Over the course of 377 riveting pages, Spillett paints a highly detailed and candid portrait of Hayes that leaves no stone unturned in getting to the essence of and the truth about the man. Indeed, the research is so meticulous as to be of a forensic nature, bringing to life in vivid, luminous colour the largely forgotten days of the domestic jazz scene in the post-war Britain of the 1950s. Myriad reminiscences from Hayes’ family, friends and musical confreres, help bring the saxophonist (who started out as a violinist and was also a good vibraphone player) back to life. That life, though, was cut tragically short – he died on an operating table undergoing heart surgery aged 38 in 1973 – but as Spillett reveals, from the get-go, Tubby Hayes seemed to live every day as if it were his last. But let’s not forget the most important aspect of his life – the music. Hayes – arguably England’s equivalent to John Coltrane – left behind a huge musical legacy of recordings, which Spillett, drawing on his own experience and knowledge as a jazz saxophonist, writes about with insight and profundity. To sum up, this is a superlative biography and one that every jazz aficionado should read.