THE JONES FACTOR: The Time Is Now (self-released) 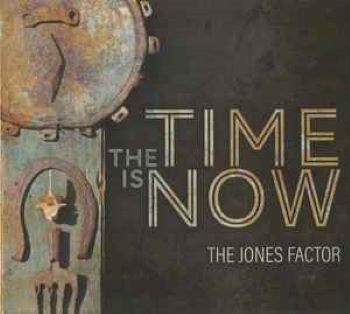 The Jones Factor is a US jazz ensemble  who were formed in 1986 as “the Jazz Collective”. Founding fathers were bassist Dave Anderson and trombone player John Fumasoli. To say that their recorded output is sporadic is an understatement. You see, ‘The Time Is Now’ is only the band’s third long player and their first for 15 years! Reasons are complex but essentially the ten piece comprises some of America’s best and most in-demand session players. Their collective CVs includes work with people like Sinatra, Elton John, Lady GaGa, Tony Bennett and Steely Dan so getting them all together in the studio to work on Jones Factor material was always going to be a problem. Factor in “you know what” and you’ll begin to understand why it’s taken so long for the ironically titled ‘The Time Is Now’ to see release.

Amongst the other covers in the collection are an inventive take on Bela Fleck’s ‘Hall Of Mirrors’ with guest input from lauded guitar man Chieli  Minucci and a fresh  big band take on Gershwin’s ‘Summertime’ – Tony Kadlecks brassy arrangement underpinned by Anderson’s rock steady bass offers a fresh perspective on the familiar.

To hear the Jones Factor in full  flow, though, try ‘Those City  Ways’. The Ed Bonoff tune plays out at almost eight minutes and is essentially seven solos held together by Robert Aries’ piano. It’s a delightful throwback to the great days of the big bands, even though the Jones Gang describe themselves as “the little big band”. For a “little” band, they make a big sound!