THE ISLEY BROTHERS: ‘At Their Very Best’ (United Souls) 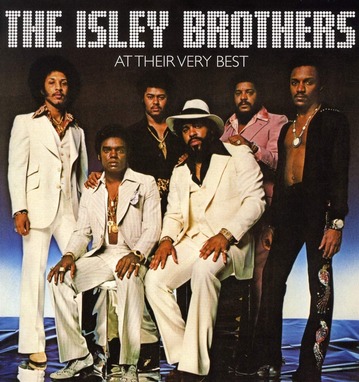 Cincinnati’s Isley Brothers are undoubtedly one of the greatest groups in R&B history and here’s a compilation that proves that not-too-outrageous assertion. Yes, it doesn’t cover the band’s early years at RCA, Wand, and Motown and therefore omits ‘Shout’ as well as their first US chart smash ‘Twist & Shout,’ and the iconic Northern Soul favourite, ‘This Old Heart Of Mine (Is Weak For You),’ but what it does exceedingly well is cover their most fertile and consistent spell; the years 1969-1983 when they ran their own T-Neck imprint via CBS Records, which became part of Sony Music in 1987.

For old-school soul fans, the set will function like a magical time machine that transports them back to the soundtrack of their youth. The retrospective is bookended by the super-funky, much-sampled ‘It’s My Thing’ from 1969 and 1985’s smoochy romantic ballad, ‘Between The Sheets’; in between, you’ll find some iconic hits like 1973’s ‘That Lady,’ where, with the addition of Ernie Isley’s searing Hendrix-esque guitar solos, the group pioneered a soul-rock fusion sound, and the sun-drenched anthem, ‘Summer Breeze’; and then there are the socio-political message songs, ‘Harvest For The World’ and ‘Fight The Power.’ And for those who love Ron Isley’s seraphic falsetto when he’s in full-on romantic mode, ‘For The Love Of You,’ ‘Groove With You,’ and ‘Footsteps In The Dark’ – classics all – should hit the spot.

By the time they recorded the mid-tempo ‘Between The Sheets,’ the set’s final cut, the band’s sound was more mechanised and synth-driven, reflecting the R&B world’s technology fetish during the 1980s. The band would soldier on, of course – now it’s just Ron and Ernie keeping the Isley flag flying – but their later recordings haven’t been able to eclipse their remarkable achievements in the 1970s. ‘At Their Very Best’ doesn’t lie; it captures the Isleys in their absolute prime; when everything they recorded was inspired, uplifting and essential listening.