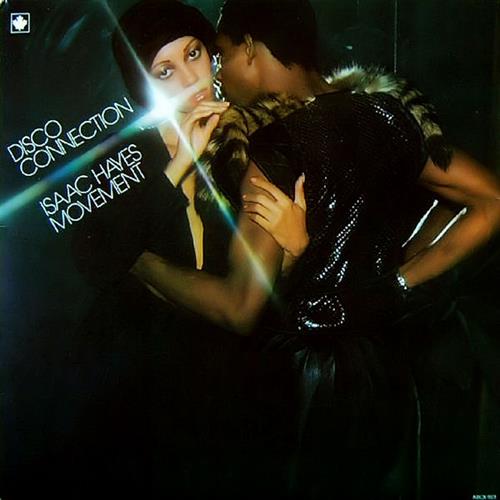 Reissue specialist Ace Records have curated the Stax back catalogue for many years and they’ve made almost all things Stax readily accessible. They’d done sterling work with all the label’s big names – none bigger than Isaac Hayes. All the big man’s classics for Stax have been reissued along with some of the material from his own Hot Buttered Soul label – and this new release is from that very source.

The Movement were Hayes’s studio band and amongst its members were Charlie Pitts, Lester Snell and Floyd Newman. By 1975 big Ike felt that the band deserved an album to themselves and ‘Disco Connection’ was the result. Hayes’ only all-instrumental collection, the 8 tracker is – as the name suggests – a foray into the then all-encompassing sounds of disco. The long player’s big tune was the title track. A kind of souped up ‘Shaft’, it was a big club hit in the UK. Most of the tunes offer variations on that theme with the oddly-spelt ‘Vykkii’ being the exception. This is a lovely mood piece – a mix of ‘Cafe Reggio’ and the love themes from ‘Shaft’. Bar Kay, Ben Cauley, who recently died, features heavily on this track (and indeed throughout the whole album).

Stax and Hayes completists will be delighted to have access to the album. It’s never ever been reissued – neither on vinyl or CD.