THE INTRUDERS: Save The Children (bbr) 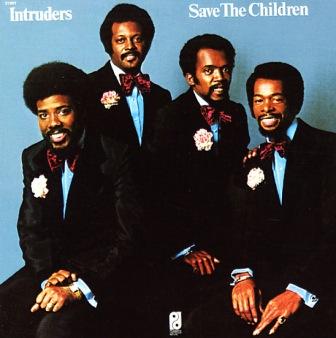 With a sad irony, just a couple of weeks since the death of original member, Robert “Big Sonny” Edwards, bbr records reissue what many consider The Intruders best album… ‘Save The Children’. Originally released in 1973, the 8 tracker was named for the veteran group’s cover of the Gil Scott-Heron song which opens the album. The Scott-Heron original is (for him at any rate) smooth but the Intruders and producers Gamble and Huff make it even smoother. In their hands the song becomes ultra sophisticated and, as with much of the Intruders’ work, the real charm lies in the sometimes off kilter lead vocal of “Little Sonny” Brown supported by the sharp, street corner-honed harmonies of “Big Sonny”, Eugene Daughtry and Phil Terry.

Another cover is a version of Paul Simon’s ‘Mother And Child Reunion’. I’ve always thought it an odd choice and though the treatment is very different to Simon’s original, it’s never been one of my favourite Intruders’ recordings. Much better is the group’s look at ‘Teardrops’. Originally recorded by Lee Andrews and the Hearts, this one’s much more suited to the Intruders’ doo-wop roots.

The remaining five cuts were all Philly originals; the best known being the Philly classic, ‘I’ll Always Love My Mama’ which, of course, became one the group’s biggest hits. The four remaining cuts are the ballads ‘I Wanna Know Your Name’ and ‘Memories Are Here To Stay’ and the mid-tempo ‘To Be Happy is The Real Thing’ and ‘Hang On In There’.

This new reissue comes with four bonuses….the non-album hit ‘Win Place Or Show’ (in both original and Tom Mouton mixes ), a Moulton mix of ‘Mama’ and Gamble/Huff’s ‘Travelling Home’.

Even a superficial listen will confirm what we said up top; ‘Save The Children’ is probably the Intruders’ best album. Not only that, it’s also an almost perfect mid 70s Philly creation.