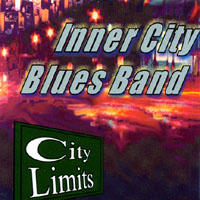 The Inner City Blues Band work out of Columbus, Ohio where they work the local club circuit, but they’ve also featured on nationwide tours opening for people like the late Johnny Taylor, Bobby Bland, Little Milton and Bobby Womack… and that kind of tells you about the band’s sound. Like those heroic artists they offer an amalgam of blues based soul – music with an old school feel. Moreover in lead singer Nikki Scott they’ve found a lady who can offer plenty of passion and commitment. Hear it to best effect on the great opener, ‘Nothing To Lose’. This one’s a throwback to the great days of Stax and features some nifty brass riffing from the outfit’s augmented brass section. It’s a new song, but Nikki and the band have the confidence to take on some classics too. They makes a splendid fist of the Theola Kilgore chestnut ‘The Love Of My Man’, and though they offer nothing new they are, at least keeping the authentic soul flag flying. Such a pity then that they spoil a version of the R&B standard ‘Just A Little Bit’ by using a drum machine. Odd really, since the credits list a “proper” drummer – Leon Robinson.

Elsewhere, ‘Fussin’ And Fightin’ is another great brassy soulful blues while ‘Easy Recipe’ and ‘You Got To Go’ have a pleasing old school roll about them. ‘Treat Me So Cold’ is rockier; ‘Table Scraps’ is one of those semi-spoken, didactic soul songs and ‘Big-Legged Woman’ (featuring an uncredited male vocal) is a laid back urban blues that doesn’t quite come off. The album is completed with a live recording of the Frederick Knight/Bettye Crutcher song ‘Taker Off Your Shoes’. Sadly the sound mix is messy; still good to know that there are bands still taking blues and soul on the road. You can find out more @ www.innercitybluesband.com