THE INDEPENDENTS; Just As Long…. (Kent) 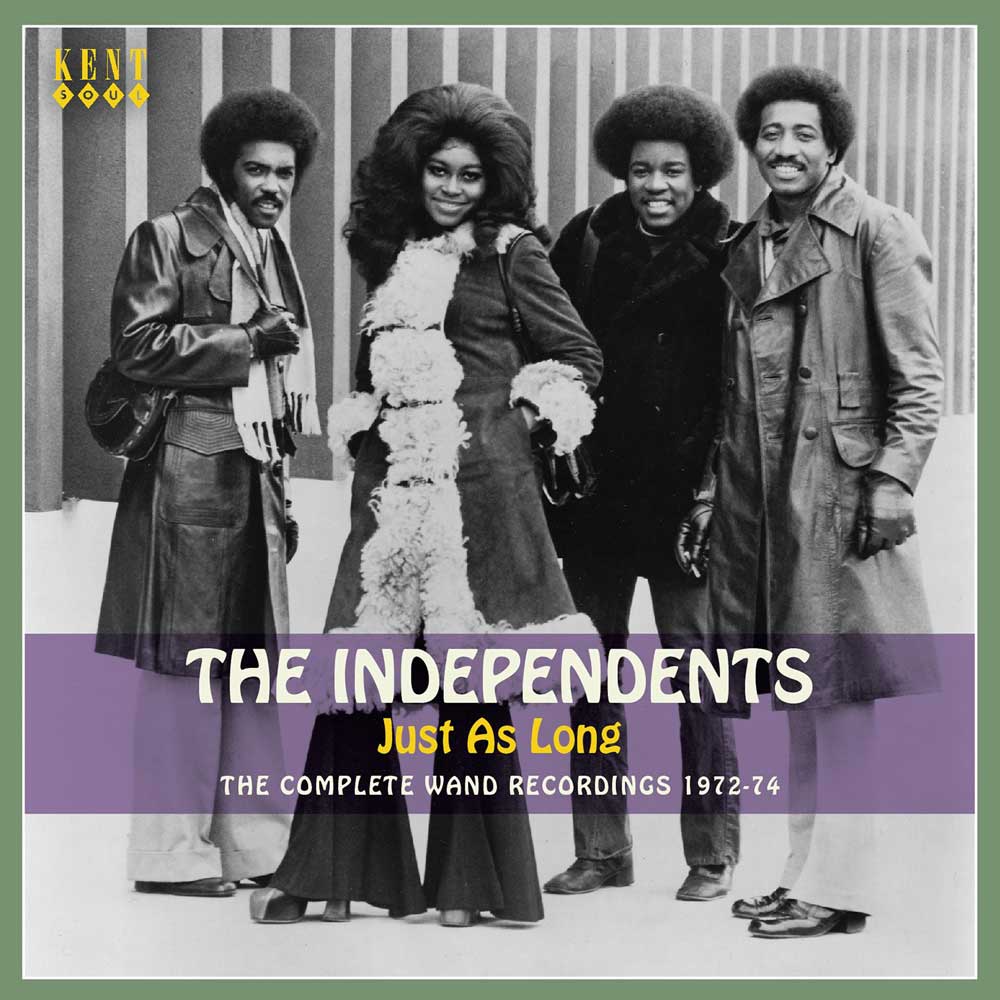 For a time in the early/mid 70s the Independents were one of the biggest of the big soul groups – right up there were the established names like the Temptations, the Isley Brothers and the O’Jays. The Chicago-based group enjoyed eight R&B hits – including a no. 1 – while five of their songs charted on the pop 100, quite a feat at a time when it was still difficult for black artists to get prolonged mainstream airplay. Oddly despite their success you’d be hard pushed to find too many Independents albums on reissue while even the group’s biggest hits seem to have escaped the attentions of the compilers of soul anthologies. Well now, Ace/Kent start to rectify that with this splendid 22 track retrospective that brings together all the Independent’s biggest tunes… all recorded for the Wand label.

Listening now to things like ‘Baby I’ve Been Missing You’, ‘Leaving Me’ and ‘Just As Long As You Need Me’ (the song for which this compilation is named) you can understand why the Independents were so popular. They boasted an exceptional vocal line up… Charles (Chuck) Jackson, Marvin Yancy, Maurice Jackson and Helen Curry – and in Charles Jackson and Yancy they had their own in-house writing team who found the knack to write to the band members’ strengths. The duo had come together as part of Jerry Butler’s famed Chicago songwriters’ workshop and that Butler connection was (maybe unconsciously) another factor in their success. Above all else, the Independents managed to tap into the smooth soul vibe that, musically, aspirational, urban Afro-Americans most indentified with.

As with all Ace/Kent albums the sleeve notes tell you everything you need to know…. well, in this case almost everything. The notes aren’t too clear on why the Independents disbanded or indeed why their time in the spotlight was so short. Maybe it was because Marvin Yancy refused to tour with the band or maybe it was because he and Charles Jackson found more satisfaction in writing and in their own solo work. The Yancy/Jackson team of course wrote for numerous artists (most notably Natalie Cole, who Yancy went on to marry) while Jackson enjoyed solo success with the classic ‘Passionate Breezes’.

Whatever, that’s not important. What is important is that the Independents left a wonderful legacy and it’s all here… and it’s not just the well-known tunes that demand attention. Try hidden gems like the lovely, lovely ‘Can’t Understand It’ or the finger-clicking good version of Leroy Hutson’s ‘Lucky Fellow’ while for those who like these things, the collection also boasts a Tom Moulton mix of ‘I Love You Yes I Do’