THE GROOVE ASSOCIATION; 3 AM (GAB Records) 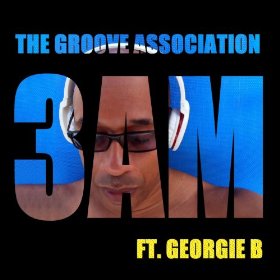 One of the best current soul compilations is ‘Smooth Winter 2014’ on T Gee Records (see our review) and one of the set’s best tracks is ‘Daisy 2-0’ from Groove Association. A little research revealed that the sweet, smooth soul groove originally featured on an album called ‘3 AM’ by the aforementioned Groove Association. Further research (a great thing this internet!) revealed that the band is the brainchild of a certain Georgie B (George Bromfield) who some may remember as one of the guiding lights in Brit soul band Second Image.

Georgie has been on the scene for 35 years now and apart from his stint with Second Image, Mr B’s also worked with people like Womack and Womack, Jean Carne, Maze, The Weather Girls, Rod Temperton and put in countless session hours all over the world.

In 2011 George started putting Groove Association together and April 2012 saw the release of their debut album, ‘Let’s Break The Ice’ which hit #5 on the UK soul chart. Georgie says that the concept behind The Groove Association is not only to promote himself as an artist, but also to promote other singers, rappers and musicians and give them a chance to be heard. On ‘3 AM’ there’s a whole host of guests and though each one brings something different to the party, with the experienced Georgie B at the controls the set has a real unified feel and between them all they cook up a great smooth soul and lite jazzy feel.

First that ultra catchy ‘Daisy 2-0’. The song (then simply called ‘Daisy’) featured on Groove Association’s debut album but George always felt it could have sounded a little better – hence the reworking here… and it really is a delight. George knows he’s got a good tune here, ‘cos he offers a third version…. a “Thinking ‘Bout remix”… and it’s hard to choose between them; light, lazy, lovely.

That “Thinking ‘Bout” thing above is, I’m guessing, a nod to one of the LP’s other big tunes –a cover of Skipworth and Turner’s ‘Thinking About Your Love’. Again we’re offered two versions –a tight dance working and one aimed at the Steppers scene. Again hard to choose which is the better!

Other album highlights include the 80s flavoured ‘I Want You Back’, the sensual duet with Deborah Bell that is ‘When A Woman Falls In Love’ (a distinct EWF flavour here), the party song ‘It’s Your Life’ (a collaboration with another Second Image man, Weston Foster), the Zhane sampled ‘Old Skool Magic’ and the instrumental ‘Jazz Funk Heaven’ which despite its title is, it seems, a tribute to Anita Baker.

In fairness, though, there is so much that is good here that cherry picking is really redundant. Find out more @ www.georgieb.info