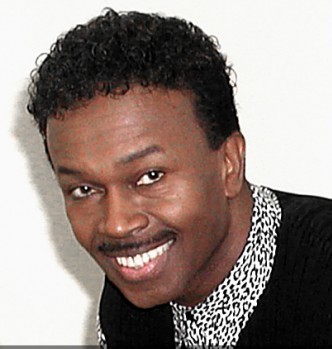 UK duo Floetry were one of the great success stories of the early 2000s. Working out of Atlanta and then Philadelphia, Marsha Ambrosius and Natalie Stewart not only enjoyed success with their own work but they featured on numerous collaborations and provided quality songs for countless other artists – maybe most famously penning ‘Butterflies’ for Michael Jackson. Success came because they were prepared to craft their own unique sound – a soulful blend of Marsha’s vocals and Natalie’s poetry – which she dubbed ‘Floetry’ (ergo the name) while she preferred to be called a “floacist” rather than a “poetess”. In 2007 the duo split – neither party explaining fully why. Marsha’s gone on to enjoy success as a singer (check out her beautiful ‘I Want You To Stay’)while Natalie –The Floacist – won acclaim for her debut solo album , ‘Floetic Soul’. Now she hits us with her second full LP – one on which she attempts to recreate the classic Floetry sound to mark the tenth anniversary of its initial creation… and despite being on her own she has achieved what she set out to do. The 10 tracker is Floetry in action all over again.

To recreate the sound Natalie either does both the spoken and vocal parts herself or as in the case of the standout cut, the opener – ‘Start Again’ (an obviously apt title , given the context) she drafts in a “name” singer to assist. Here it’s Raheem DeVaughan and they create a beautiful, layered modern soul mid-tempo beater, delightfully topped by a wonderful sax solo from David Mann. The album’s other star guest is South Africa’s Thandiswa Mazwai who features on the closer – the spiritual, meandering Afro-centric ‘Roots Of Love’. The third guest singer is Demi (Mseleku) – the granddaughter of Zulu musician and activist Pinki Mseleku. Though partly sung in Zulu, the song , ‘Children Of The Sun’ – and its production recalls the best of Rotary Connection.

Elsewhere, ‘Step Out’, ‘Could It Be You’, and ‘Speechless’ are all classic Floetry – with the spoken word verses mixing effortlessly with the sung melodies. ‘Slow Down’ is the album’s big and best ballad while there’s just a hint of the Thom Bell Philly sound (sans strings) about ‘This Love’. Then to top it all off and to reiterate that Floetry are back – albeit in a different incarnation – there’s a new version of the duo’s ‘Say Yes’ – lazy, laid back and quite delightful. Indeed three ways to describe the whole album.