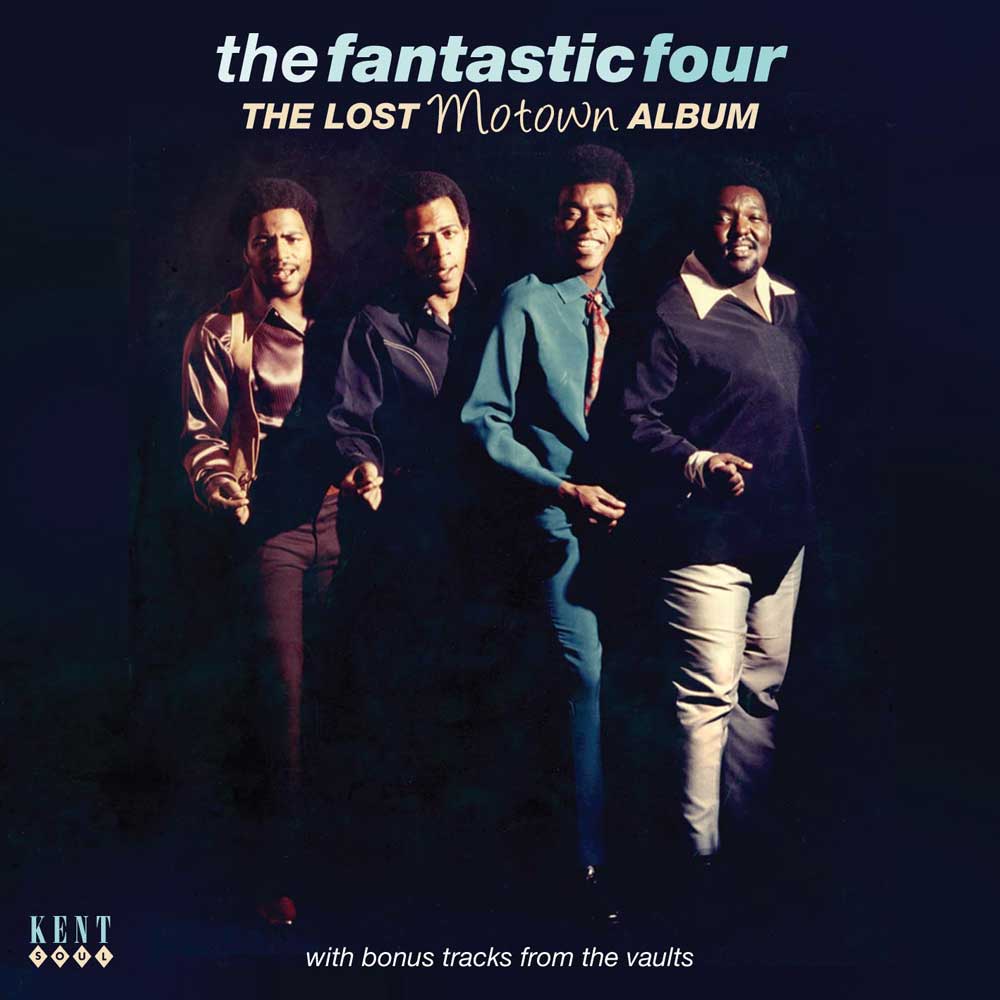 The fantastic Fantastic Four were definite Motown second stringers. They came to the label when Berry Gordy subsumed Detroit rival Ric Tic Records. At Ric Tic, fronted by the soulful tones of “Sweet” James Epps, the Fantastic Four scored half a dozen decent hits including the ever lovely ‘The Whole World Is A Stage’. Gordy put the foursome on his Soul imprint but despite four singles and one album ( a retrospective of their Ric Tic output), the Fantastics saw little chart action. Like most Motown artists though, the group were in the studio regularly, cutting sides that had to face the Quality Control people before securing a release. It’s thought that the Fantastic Four cut some 26 sides at Motown proper and all but one have been assembled here on a wonderful collection that shows that lack of commercial success doesn’t necessarily mean the music lacks quality and indeed soulfulness. It also, of course, makes you wonder what the Quality Control crew were thinking when they stamped material “reject”.

The first 12 tracks on this album represent what Motown archivists think was the running order of a Fantastic Four album that, of course, was never released. They also think that this lost long player was set to be called ‘How Sweet He Is’ and the same archivists believe the titling was because Gordy was planning to pull big-voiced “Sweet” James Epps from the group for a solo career. The theory is given weight by the fact that a number of the cuts feature Epps backed by Motown session vocalists, the Andantes with the three remaining Fantastics nowhere. Many of the songs on this putative LP were Motown chestnuts. Amongst them, a superb version of Marvin Gaye’s ‘If This World Were Mine’ but amongst the non-Motown material there’s an emotive reading of Jerry Butler’s ‘Just Can’t Forget About You’.

The remaining 13 tracks on this new collection equal the “lost” album selections in quality. There are so many highlights that it’s hard to cherry pick but to appreciate just what a tight soul outfit the Fantastic Four were, try ‘I’m Still A Struggling Man’ or the Bobby Taylor-produced ‘I Hate Myself For Loving You’.

In 1973 Motown released the Fantastic Four (it also seemed that Gordy had lost interest in his James Epps project) and they signed up with Eastbound/Westbound and in ’75 they did secure a hit (at last) with ‘Alvin Stone’ and later with ‘I Got To Have Your Love’. Though they didn’t enjoy as much post Motown success as the Spinners, the groups’ careers prove that Gordy and his team sometimes did get things wrong. Hopefully this new collection might help establish the Fantastic Four as more than Motown footnotes… just a pity that none of the original group members are alive to see its release.