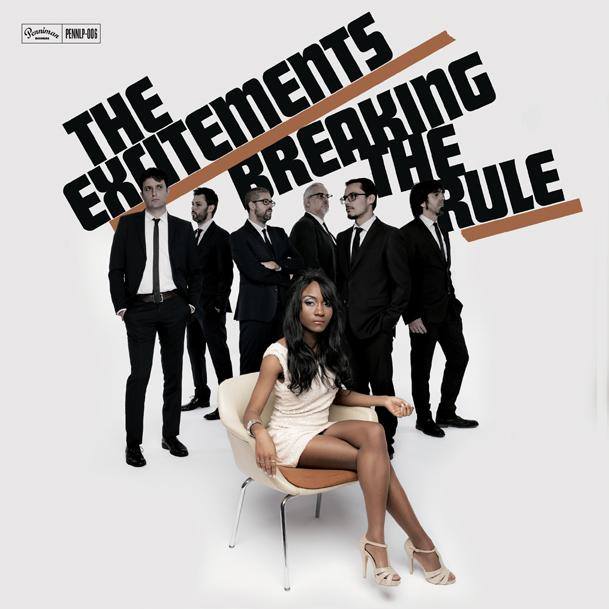 Led by the sassy soul siren, Koko Jean Davis – who channels the spirit of Etta James and a pre-solo career Tina Turner – Barcelona-based septet, The Excitements, have been impressing European audiences since they began life back in 2010. Interest in them really began to take off in 2013, when they released the acclaimed album ‘Sometimes Ain’t Too Much.’  Now the group are back with a brand new album, ‘Breaking The Rule,’ which will certainly excite aficionados of retro-soul with its old school aesthetics and musical values. On record, Ms. Davis is a magnetic performer and dynamic vocalist who brings a soulful American authenticity to th774e band’s music. Their horn-laden sound is steeped in Stax, Chess, Atlantic and early ’60s James Brown and Motown. It’s raw, passionate and captures the gospel-powered spirit of vintage soul music, and stylistically has an affinity with the work of fellow R&B revivalists, Sharon Jones & The Dapp Kings and the James Hunter Six.

The combo’s latest 45, ‘The Mojo Train,’ gets the set under way with a locomotive groove while ‘Fire’ – a cover of Gino Parks’ 1962 Tamla 45 co-penned by Brian Holland and Mickey Stevenson – is a rabid R&B rave-up that’s delivered in incendiary style. ‘Wild Dog’ is even more combustible – Davis’ raspy vocals counterpointed by blaring horns – while ‘Take It Back’ is calmer and more measured and shows greater emotional sensitivity. The title track, a searing, Otis Redding-style deep soul ballad, is the perfect showcase for co-writer Koko Jean Davis’s dramatic delivery. Another strong  original tune is ‘Everything Is Better Since You’ve Gone,’ penned by the group’s guitarist Adria Gual, which is a rockin’ slice of vintage-sounding rhythm and blues.  Indeed, the band’s own material is as strong as some of their covers, which also include their unique takes on Chuck Berry’s ‘Back To Memphis’ and a rip-roaring reading of Lonnie Mack’s instrumental, ‘Chicken Pickin’.’

This is a very impressive showcase and it’s no surprise that this highly-touted Spanish R&B group is big on the festival circuit in continental Europe. There’s an opportunity for UK audiences to see the band live when they play at London’s Brooklyn Bowl on Thursday 29th September. On the evidence of this sensational LP, it should be quite a night.