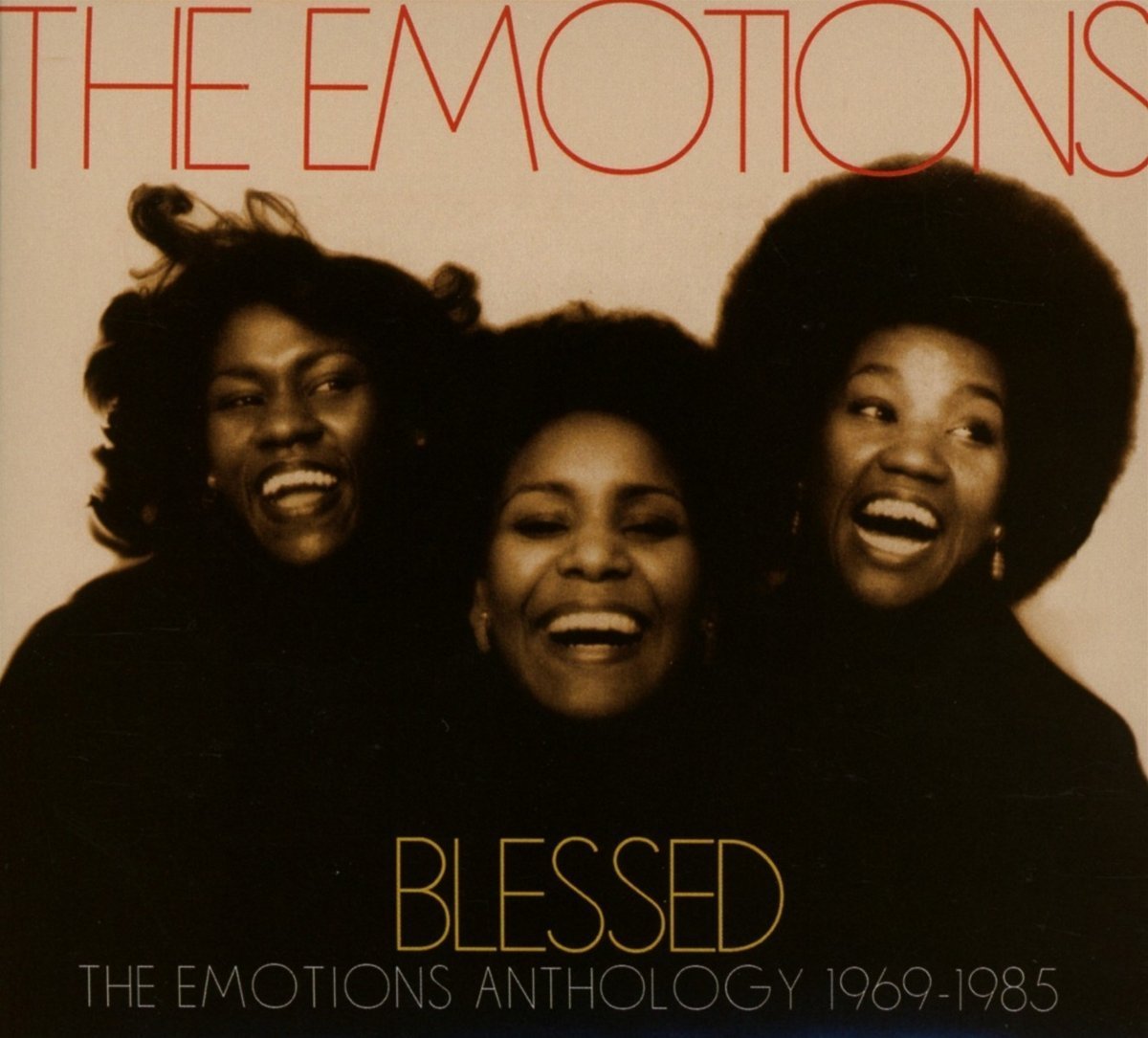 Like many sibling harmony groups, Chicago’s Hutchinson sisters – aka The Emotions – had a unique and immediately identifiable sound that distinguished them from the pack. Precociously talented and raised in the church, they made their recording debut as teenagers for Windy City indie labels like Brainstorm and Twin Stacks before landing a deal down in Memphis at mighty Stax Records in 1969. Under the aegis of writers/producers Isaac Hayes and David Porter, they scored a Top 3 R&B hit for Stax’s Volt subsidiary the same year. It’s title? ‘So I Can Love You,’ a gorgeous beat ballad laced with candyfloss harmonies and an infectious chorus. It kicks off this stupendous 40-track/2-CD retrospective, which doesn’t include material from their pre-Stax indie period, but covers every musical base thereafter, from Volt and Columbia to Motown and the Windy City imprint, Red Label, in the ’80s.

After their initial success at Stax/Volt, the sisters’ chart fortunes in the early ’70s were mixed and it wasn’t until Stax went down the pan and Earth, Wind & Fire’s late-departed leader, Maurice White, picked them up in the mid-’70s and got them signed to Columbia, where they finally hit the big time. They’re still remembered fondly by the public at large for their appearance alongside EW&F on the immortal disco classic, ‘Boogie Wonderland’ (included here as well), and, of course, their own big Columbia hit, ‘The Best Of My Love.’

Rather than present The Emotions’ music chronologically, the folks at bbr have elected to jumble up the tracks from different periods, which certainly gives an element of surprise to the collection but to my ears this method doesn’t quite hit the spot, sometimes jarringly juxtaposing earthy southern soul tunes with frothy disco grooves (also, perhaps, a chronologically-sequenced compilation would have ably demonstrated how the group’s sound evolved over the years).  Even so, the music, itself, is unimpeachable, and reminds us what a versatile and supremely-talented vocal group the Hutchinson sisters were. Their Maurice White-helmed Columbia period was arguably their most fertile and the big hits are all represented here, including the lovely Skip Scarborough-penned ballad, ‘Don’t Ask My Neighbors,’ and the exultantly upbeat and brassy ‘I Don’t Wanna Lose Your Love.’

Though they could infuse disco beats with sweet soul power, they were at their most potent on meditative tracks – exemplified by ‘Rejoice’ (the title track of their best ever album) and  the sublime, transcendent ‘Blessed,’ which closes this collection. The girl’s short tenure with the Red Label in 1984 yielded a patchy album but a great cut in the shape of the sensuous groove ballad, ‘You’re The One.’ Their Motown LP a year later was even worse and included from it on this collection is the single ‘Miss Your Love,’ which with its heavy, archetypally-’80s drum machine groove sounds incongruous in relation to the rest of the music on this set.

This is the only blemish on an otherwise stupendous collection of music. If you only know The Emotions for ‘Boogie Wonderland’ or ‘The Best Of My Love’ then this compilation will prove a revelation.