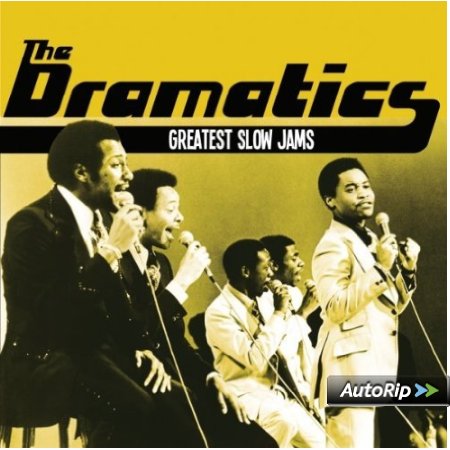 Sadly, the wonderful Dramatics are not that well-known in the musical mainstream. Soul cognoscenti, however, revere them and that reverence is fuelled in the main by the wonderful ballads that pepper the ensemble’s repertoire. Now thanks to the curators of the Stax back catalogue and American DJ Kevin “Slow Jammin'” James (who hosts a nationwide “Slow Jams” radio show) we can now all enjoy the very best of the Dramatics’ ballads on one neat little CD.

Assembled by Mr James, there are a dozen tracks here and each one is a highlight but my guess is that if we polled the soul world, ‘In The Rain’ would come out tops. Its now over forty years old but it still sounds magnificent and though it’s been copied, imitated and sampled dozens of times nothing beats the original. My personal favourite is the equally magnificent ‘Toast To The Fool’… I never tire of the intricate vocal interplay and the harmonies, but then again ‘And I Panicked’ and ‘Fall In Love Lady Love’ run it close. The other tracks are ‘Just Shopping’, ‘I Can’t Get Over You’, ‘I Was The Life Of The Party’, ‘I Dedicate My Life To You’, ‘Thank You For Your Love’, ‘I Made Myself Lonely’ and ‘Hey You, Get off My Mountain’.

The bonus ball on the album is a rare solo outing from sometime lead singer L J Reynolds. The track is ‘Tomorrow’ – a Winans-penned, searing slowie that featured on an 1985 Reynolds Fantasy album. It’s never been available on CD before and its starkness adds some counterpoint to the lush harmonics of the 11 Dramatics’ cuts.