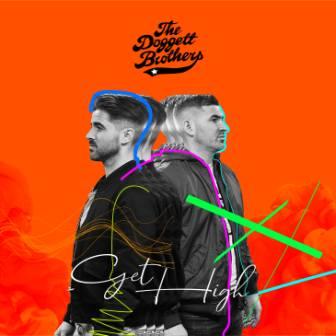 We’ve been tracking the career of East Anglia’s Doggett Brothers (Greg and Carl) since 2010 when they were featured on one of the ‘Soul Unsigned’ albums. That exposure gave the sibling writing/musician/production partnership the confidence to issue a full LP – ‘Daylight’ which became Jazz FM’s “album of the week”! A few bits and bobs followed; then their acclaimed ‘Colours’ long player in 2016. Now the boys are delighted to launch their latest long player – the ten tracker that is ‘Get High’.

Anticipation for the album has been high amongst the soul cognoscenti since the set has been prefaced by two wonderful singles. First everyone enjoyed the album’s title track….’Get High’. Guest vocalist was/is the too long neglected Nate James and he nails the song which rides on an edgy, electronic but still soulful groove. Then came ‘Don’t You Know’ –a totally different proposition… a gorgeous ballad with soulful vocals from Jarrod Lawson and a caress of sweet strings. The Doggetts had done ballads before but ‘Don’t You Know’ is the work of properly mature soul producers; it’s haunting and emotion-tugging and full of painful tenderness.

In truth, it is the album highlight but let’s be clear. ‘Get High’ (the album) is no one trick (or bearing in mind what we’ve just said “two”) trick pony! ‘Stumbling’ is another hit the spot slow groove with a lazy neo soul vocal from Hannah Tobias while ‘You Give Me Something’ (vocals from B Thompson) will please soul dancers. Interestingly both these tunes have the same electro edge that is apparent on the LP title cut.

The remaining vocals are handled by UK singer Coco Malone and she does a great job on tunes like ‘California Sunshine’ and ‘In The Flow’ and I’m guessing that she’s the voice on the LP closer ‘Gonna Wait’ –a semi-instrumental that allows the Doggetts to show their instrumental skill and their jazzy predilections (their dad Alan was a noted jazz drummer). It’s a satisfying end to the ten tracker; and you know, ten tracks is just about right for a soul album. Quantity rarely means consistent quality. Here we have ten perfectly crafted soul cuts – clearly put together with love and respect for the genre.

The album is out now on Ashwood Records but on P Vine in Japan.