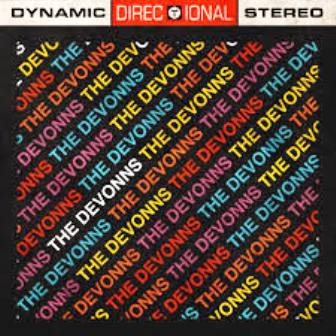 We first became aware of contemporary Chicago soul band The Devonns back in 2018 when they released the delightful single ‘Come Back’. We learned that the band (whose name is pronounced “De-vaughns”) got together in 2016 when multi-instrumentalist and songwriter Mathew Ajjarapu dropped out of medical school and found himself unemployed and drifting round the Windy City. Being a music collector with a love for 60s and 70s soul and being in Chicago he was immersed in the sounds of people like Curtis Mayfield, Jerry Butler, Johnny Pate and Leroy Hutson. He soon made contact with like minded people – notably Khalyle Hagood (bass), Khori Wilson (drums), Cam Cunningham (guitar) and The Devonns were born. Then that lovely single. ‘Come Back’ was simple and catchy and, boasting real strings (courtesy of Paul Von Mertens whose credits include Mavis Staples, Paul McCartney, and Elton John), it had an old school magical charm all of its own.

We were soon promised an album, but, as is the way of the indie music biz, these things take time. Now our patience has been rewarded with the arrival of this eponymous 10 tracker – small, yes, but perfectly formed. So perfect, in fact, that all the best soul media alongside the switched on soul stations are giving it max exposure and touting it as a potential album of the year … and, you know, it is that good… that is if you’re a proper old school soul fan.

Proof? Well go straight to track 3… ‘Tell Me’. Totally fresh and contemporary but with its roots and influences in those classic Curtis Mayfield/Johnny Pate collaborations like ‘It’s All Right’ and ‘Woman’s Got Soul’. Enjoy more of the same on ‘Think I’m Falling In Love’ (the official B side to the lovely ‘Come Back’ which, of course, is another album focus). The current single ‘Blood Red Blues’ is a touch heavier while ‘More’ is maybe the album’s most complex offering – more great strings from that man Paul Von Mertens.

Add to all that some emotion-tugging ballads (‘Long Goodbye’, ‘So In Love With You’, ‘I Know’) all in the mode of the Impressions’ ‘I’m So Proud’ and you have a delightful, smile-inducing collection… potential album of the year? Most definitely!