THE DETROIT EMERALDS: I Think Of You (Ace/Westbound) 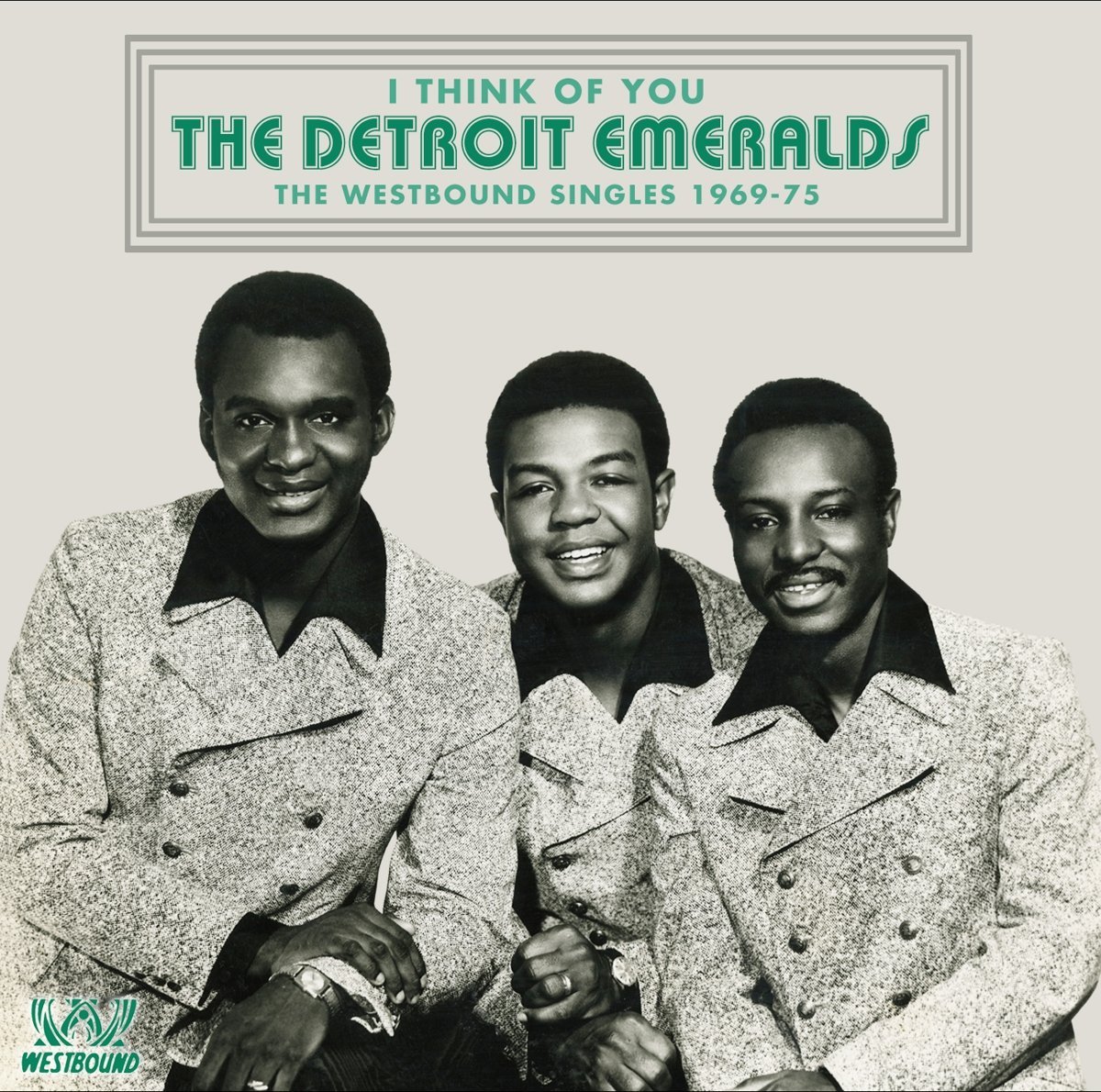 Peruse almost any general soul compilation and its odds on that you’ll find a track or two by the Detroit Emeralds. Yet despite the popularity of tunes like their ‘Do Me Right’, ‘You Want It You Got It’ and especially ‘Feel The Need’ there aren’t that many collections devoted to the Detroit Emeralds themselves. So, here, to rectify that, Ace, via its licensing deal with Westbound Records, offer a comprehensive 23 track retrospective that collects together all the music (A and B sides) from the trio’s singles output at Westbound.

Sure all those great and catchy pop soul hits are here and despite their age they still sound good. Things like ‘Feel The Need’, despite being regularly aired, have that wonderful timeless quality… probably why they are aired regularly.

However, and this is what’s so good about the collection, there’s clearly a lot more to the Detroit Emeralds than those well-known hits. Take as an example the two songs on their first Westbound single… ‘Holding On’ and ‘Things Are Looking Up’. Both are classic Detroit sweet soul sounds and if you think they feel like Ric Tic Records you wouldn’t be far wrong. Despite their name, the Emeralds hailed from Little Rock, Arkansas but moved to Detroit in 1967 where they added the city’s name to theirs. There they inked a deal with Ed Wingate’s Ric Tic Records but when Ric Tic folded they moved to Westbound. However for their crucial first Westbound single they worked with Ric Tic alumni Herman Weems and Norma Toney and the result is, as we’ve just said, classic Detroit sweet soul. Little wonder ‘Holding On’, in particular, became a big Northern tune!

More variety in their repertoire stems from the fact that Westbound boss man Armen Boladian regulatory had the Emeralds record in Memphis with Willie Mitchell and you can hear that distinctive Memphis sound in tunes like ‘I Bet You Get The One Who Loves You’.

By the way, this collection is named for the UK only single 1973’s ‘I Think Of You’ and it ends this much-needed tribute to an undervalued soul outfit. As ever, like all Ace releases, the sleeve notes fill you in on all the recording and (complex) personnel and personal issues.