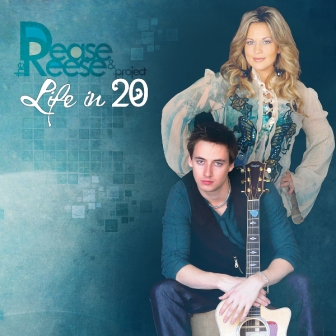 The Dease & Reese Project are a new music duo that combines varied experience with youthful energy. Singer Elisa Dease offers the experience. The Philly girl won 1983’s Search For A Star, aged just 15, and launched a career with Chrysalis Records. In 1990 she became one of Prince’s backing singers but continued to plough a solo furrow, scoring with ‘Who Found Who’, a Jellybean Benitez production. Guitarist Tyler Reese (soon to be 21) is a graduate of Berklee Music College where he majored in guitar – studying for a time under Pat Metheny. The pair came together under the auspices of Rick Springfield’s lead guitarist, Jeff Silverman who has produced this debut effort. Between them the trio have crafted a 12 tracker that combines pop, rock, a little jazz and, given Elisa’s CV, a dash of Princely soul and funk.

That Prince connection is most obvious on the LP’s last cut – ‘A Moma Who Knows How 2 Funk’. Yes, the title and its layout sums it up…. sharp, Purple-tinged funk all the way. The rolling, chugging ‘East Coast Kind Of Girl’ and the lush ballad ‘How Did It Happen’ betray the singer’s Prince connection too. Elsewhere, my guess is that the languid ‘Let It In’, the 60s flavoured ‘Lollypop Ice-cream’ and the pretty ballad ‘Little Flower’ will prove too poppy for soul and/or Prince fans while the guitar instrumental ‘Going Home’ leans more to rock than jazz (not surprising given producer Jeff Silverman’s background). It does show , though, that young shaver Tyler knows his way round that fret board while performances on songs like ‘It’s All OK’ and ‘Storybook’ prove why the notoriously hard-to-please Mr Nelson cherry picked Elisa.