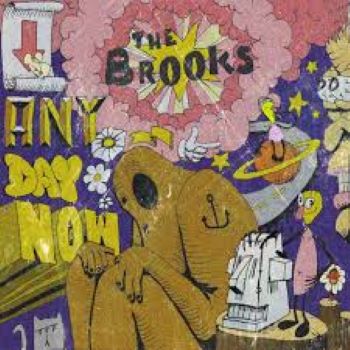 Between them they cite diverse influences – James Brown, J Dilla, Herbie Hancock and Fela Kuti amongst them but listening in to this, their third long player, you can hear all sorts of other influences at work – notably George Clinton and the whole Parliament/Funkadelic circus and the rougher, tougher sounds of the early funk bands – think Dyke and the Blazers.

Hear the Brooks’ roughhewn funk at its toughest on ‘Turn Up The Sound’; it’s a funky four minutes that the Godfather of Soul himself would be proud of. The band can also do “sweeter soul” too as shown as ‘So Turned On’ – a classy throwback to the urban soul sides of the 60s cities like Chicago but it’s not “soft” soul. It’s properly organic and lacking sentimentality. It’s for real.

In between there’s all kinds of everything. For instance, ‘Moonbeam’ has a dark, brooding cinematic presence, ‘Never Thought’ boasts some bizarre vocal effects à la Bootsy Collins while ‘Blue Dream’ is a spaced-out affair. Overall though the Brooks’ sound is funk in all its shadings…loping bass lines, tight drums, parping brass, biting guitars and  sparse vocals. It veers from the aforementioned JB feel of ‘Turn Up The Sound’ to the looser funk of ’Headband’ a cut in the style of the Meters with added eccentricity! And that’s the essence of ‘Any Day Now’… the Brooks’ idiosyncratic and often eccentric take on funk and soul.