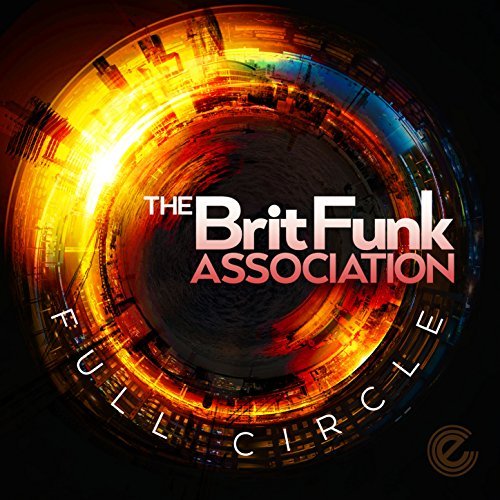 Last summer we enjoyed the first fruits of a UK soul “supergoup” – The British Collective; a team that consisted of star vocalists Don E, Junior Giscombe, Leee John, Noel McKoy and Omar. Now as we enter a new year, another UK “supergroup” arrives to treat us to some fine music. The Brit Funk Association is made up of former members of Beggar and Co, Hi Tension, Central Line and Light of the World and though the various members have known each other for a long, long time it was in the autumn of 2016 that they decided to get together. The catalyst was UK soul entrepreneur Fitzroy Facey who brought the players together to play at a gig promoting his Soul Survivors magazine and from there things just took off and if you’re a listener to Jazz FM or equally switched-on internet soul stations you’ll already be aware of the band. Tracks from this, the band’s debut album have been regularly rotated and easy to hear why. The music is easy on the ear, adult soul – perfect for radio but also perfect for the dance and club scene.

The tune that’s been attracting the attention has been the sweet and steady dancer that is ‘Stand Strong, Stand Tall’. The cut stands out here and it’s also a focus track on Expansion’s annual Luxury Soul compilation. The brash and brassy ‘I’ve Found Someone To Love’ is another potential floor filler while tracks like ‘Get Up’, ‘Water’ and ‘Make It Funky’ deliver the gritty funk inherent in the collective’s name. ‘Seventeen’ and ‘Lucky’ are sweet ballads and if you liked the unique sound that Light Of The World achieved back in the day with ‘London Town’ and ‘Bahia’, you’ll love ‘We Love The Sunshine On Our Face’ and ‘The BFA Theme (Let The Music Blow Your Mind)’… both written and produced by Kenny Wellington … but you’d probably guess that from the soundscape.

The Brit Funk Association’s ‘Full Circle’ is out now on Expansion Records.