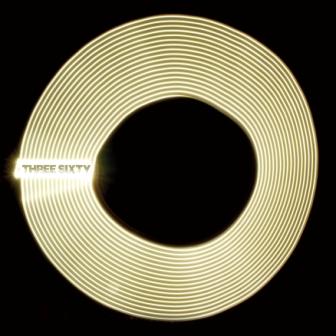 Back in January we reviewed an excellent album by the enigmatically named 360 Band. Fans of the dear old Average White Band were delighted to learn that the 360 Band were made up of AWB alumni… Hamish Stuart, Steve Ferrone and Molly Duncan, Yes we know that there’s an incarnation of the AWB still working – made up of, we think, Alan Gorrie and Onnie McIntyre but back in January we wrote that the 360 Band captured the spirit of classic AWB – a little less funky maybe, but still soulful, brassy and classy and fronted by Hamish Stuart’s distinctive voice.

Well, for reasons never best explained, the January release of ‘360’ never properly happened and AWB fans sought out the album without too much luck. Now the set is finally set for a full, proper release on 3MS Music and for what it’s worth here is a re-run of our January review – ‘cos, cutting to the chase, it still sounds mighty fine to us!

The lead single from ‘360’ was/is ‘Mighty Fall’ and, sonically, it sets the tone for the whole album… slinky and jazzy, it oozes soulful quality and like many of the great soul and funk sounds of yesteryear it comes in parts 1 and 2…though radio programmers will be delighted to know that there’s a radio edit too. If they need more incentive to play the tune then they’ll also need to know that the song is the trio’s homage to the 20th Century’s greatest sportsman, Muhammad Ali- “a man with a mission”.

It is a great tune but our favourites at the moment are the album’s two mid way tracks… ‘Some Other Time’ and ‘Too Hip’. Both are jazzy, brassy meanders that betray the experience that the trio has under their collective belt!

Elsewhere ‘Loose Change’ is a bit if an oddity… a sort of funk and reggae hybrid; ‘Cherry Blossom Time’ is sweet and smooth while ‘Just For A Thrill’ is a throwback to a whole different era. That song was written way back in the late 30s and is probably best remembered in its Ray Charles’ version (check out the Bill Wyman/Georgie Fame version too). Here, the 360 Band give it a sort of early (“authentic”) R&B feel…. lovely stuff.

The album is officially released on 18th August