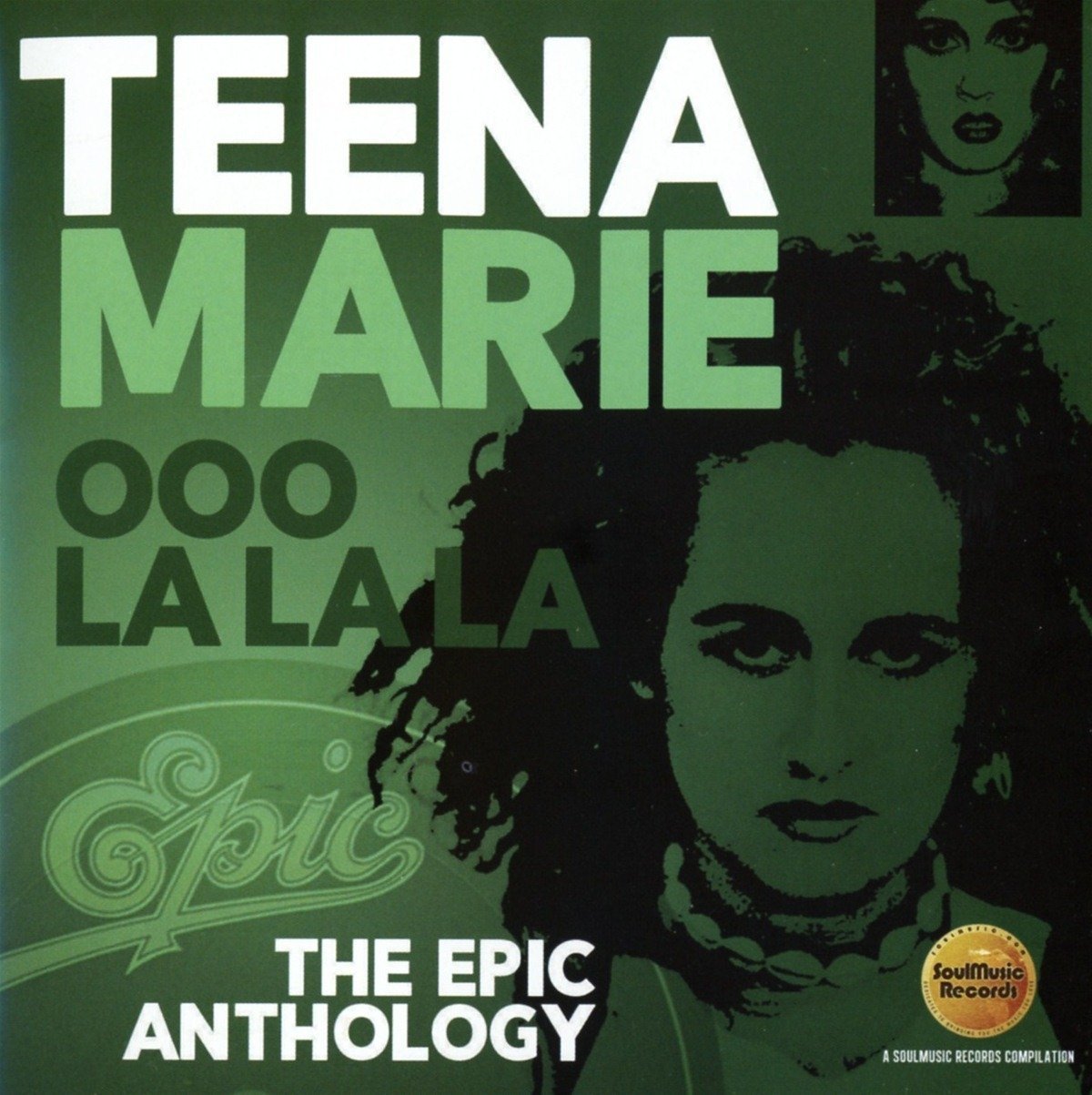 Teena Marie’s controversial departure from Motown in 1983 resulted in a lawsuit being fired at her from Berry Gordy’s company (who didn’t want her to leave) for breach of contract. Marie countersued and, against the odds, won her case, beating the corporate machine into submission. It was a landmark case that resulted in a congressional bill being passed that reduced record companies’ contract demands.  After that triumph, the Californian singer/songwriter went back to making music and landed at Epic Records where she enjoyed more success than she had at Motown. The undoubted highlight of her time at the Columbia subsidiary came in 1988, when she scored her first and only US R&B #1 with ‘Ooo La La La,’ the title track of this ace 2-CD/25-track overview of her 7-year Epic tenure.

Whereas her Motown work was organic and featured human rhythm sections with real horns and strings, Marie’s Epic work (much of which she wrote, arranged and produced herself) reflected the brave new world of ’80s technology – synths, drum machines, and sequencing. As a result, some of the music on this anthology doesn’t quite cut the mustard in 2017. It sounds a tad dated and therefore hasn’t been able to transcend time in the way that some of her glorious Motown sides have. Even so, this is a fine compilation and without doubt is the best retrospective of her Epic years on the market.

The set mostly comprises Lady Tee’s Epic singles – many in their 12″ form – but also features key album cuts. CD 1 spotlights the dance-oriented cuts. ‘Lovergirl,’ her first Top 10 US R&B hit for Epic, still sounds mighty fine, as does the more urgent ‘Jammin’.’ Both ‘Starchild,’ and ‘Fix It’ are heavy slabs of rigid, machine-tooled, techno-funk but cuts like ‘Playboy’ are better because they use a real rhythm section, which allows subtlety and nuance, two qualities that you couldn’t get from ’80s drum machines. Even on a fluid dance cut like ‘Work It’  the backbeat is too stiff and unwieldy, revealing the limitations of the time’s technology. That can’t be said for all of the tracks, though, especially on the ballad-focused second CD.  ‘Ooo La La La’ still retains its ’80s charm and ‘Since Day One’ – Teena Marie’s sensational collaboration with Soul II Soul’s Jazzie B – still grooves. The slow ballads hold up well, too – like ‘Out On A Limb,’ ‘Dear Lover,’ and the gorgeous jazz-infused ‘Casanova Brown,’ which uses a string orchestra, and is arguably the best cut on the entire collection. And who can forget ‘Dear Mr. Gaye,’ Lady Tee’s heartfelt homage to Marvin Gaye, a song she co-wrote with the late Leon Ware.

As an overview of Teena Marie’s Epic work, this fine collection can’t be beaten though my rating reflects ’80s technology getting in the way of some good songs and performances (particularly on CD 1).