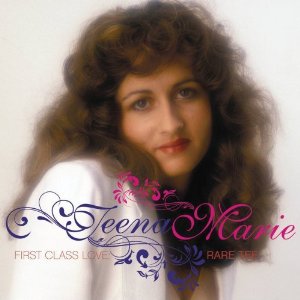 The lovely Teena Marie died on 26th December 2010. She was just 54 and was once again enjoying success on the back of her albums with Stax/Concord. What might have come, we, of course, will never know. But we do know that she left a rich and soul-filled musical legacy and those who didn’t get her albums first time around have been well-served by the reissue specialists . This new Hip-O Select album though is a little different because with the exception of four tracks none of the cuts have ever been available before.

What the 26 track, 2 CD set offers is a snapshot of Teena as she was embarking on her career. The music was recorded when she was barely 20 and it includes acoustic demos and various “experiments” as Motown strove to find the right producer/formula to unlock her considerable talent.

The album’s first CD opens with 8 tracks with the redoubtable Ronnie McNeir at the helm and it’s no surprise that the music is similar to what Ronnie was laying down himself at the time (summer 1976). Of interest is a great version of Smokey Robinson’s ‘More Love’ and a cover of Martha and the Vandellas’ ‘My Baby Loves Me’ which Ronnie turns into a duet between himself and Teena. Revealingly, the sleeve notes indicate that Teena disliked working with McNeir. She thought Berry Gordy was grooming them to be the next Marvin and Tammi. Subsequently, working with producers Winston Monseque, Kenny Kerner and Richie Wise you can hear the greater freedom she was allowed. The tracks she created with those producers are very different to the music she eventually broke through with – but they reveal “work in progress” and ‘Hey Boy’ is a great doo-wop throw back. The final 4 tracks on CD 1 are 1983 remixes by Ronnie McNeir of some of the earlier songs he’d worked on with Teena. They were meant to be part of an album that Berry Gordy was planning to release on the singer after she’d left Motown for Epic but as we’ve indicated above, they sound more like Ronnie McNeir than Teena Marie and the project was shelved.

The 8 tracks on the set’s second CD all date from June 1976. Produced by Berry Gordy himself, they are rough demos of original songs and with only her own guitar accompaniment they are a world away from her hits… but listen hard and on stuff like ‘Make You Surrey’  you can hear the vocal attack , the depth … and the star quality. It’s all essential stuff for Teena Marie’s many fans and general Motown collectors.

Hip-O Select have also reissued ‘Lady T’ and ‘Irons In The Fire’. Both come with plenty of bonus tracks and are essential … as is SJF’s interview with Teena – one of the last she gave. Go to our “Interviews” section to check it out.